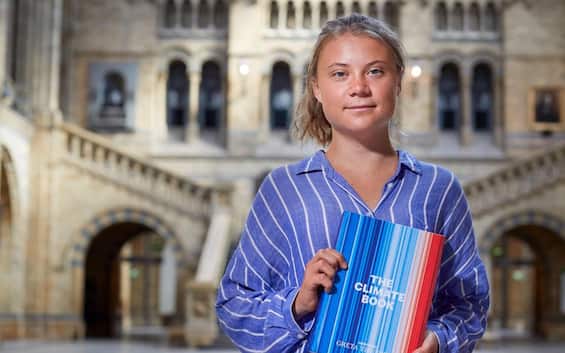 Swedish activist Greta Thunberg appears to be ready to pass the baton to those at the forefront of climate change. Four years after launching his’ School Strike for Climate0, he said today in an interview with the Swedish news agency TT: “We should also hear the accounts and experiences of the people most affected by the climate crisis. Time to deliver. the megaphone to those who really have stories to tell “.

After urging the public in recent years to “listen to the science”, Greta Thunberg said the world now needs “new perspectives”. Over the past four years, the individual strike that the young activist led in front of the Swedish parliament has turned into a huge global movement involving millions of young people and sparking a wide debate on the dangers of climate change. But over time, she said, she has come to understand that the climate crisis is already having devastating consequences on people’s lives. “So it becomes even more hypocritical when people in Sweden, for example, say we have time to adapt and we don’t have to fear what will happen in the future,” she said.

Greta does not participate in COP27: “Forum for greenwashing”

Thunberg, now 19, had previously said he would skip the COP27 talks starting today in Sharm El-Sheik, calling it a forum for “greenwashing”. She told TT that her talks with world leaders left her pessimistic about their ability to make progress on the climate issue. Thunberg is in her senior year of high school in Stockholm and said she has not yet decided what she will do after she graduates. “We’ll see. If I had to choose today, I’d choose to continue my studies. Preferably something that has to do with social problems.”