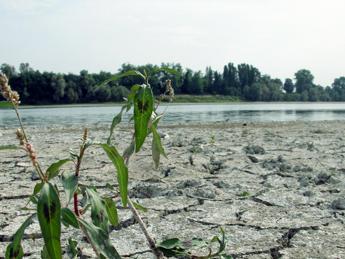 The balance sheet data from the CittàClima Observatory of Legambiente, created in collaboration with the Unipol group: 310 climatic phenomena recorded

Floods, abnormal heat waves and intense frost, landslides, storm surges, drought, hailstorms: 2022 was a ‘black year’ for the climate, with an acceleration of extreme weather events in the world and also in Italy, marked this year by more heat and drought. This is the picture that emerges from the balance sheet data of Legambiente’s CittàClima Observatory, created in collaboration with the Unipol group.

Lombardy, Lazio and Sicily the most wounded regions – Territorially, this year the north of the peninsula was the most affected area, followed by the south and centre. At the regional level, Lombardy is the region that records the most cases, 37, followed by Lazio and Sicily, with 33 and 31 respectively. The cases recorded in Tuscany, 25, Campania, 23, Emilia-Romagna, 22, are also relevant. and Piedmont, 20, Veneto, 19, Puglia, 18. Among the provinces, Rome is the most affected with 23 weather-hydro events, followed by Salerno with 11, Trapani with 9, Trento, Venice, Genoa and Messina with 8 cases. Between the cities, Rome (13) and Palermo (4).

The requests of Legambiente – “The photograph taken by our CittàClima Observatory – declares Stefano Ciafani, national president of Legambiente – gives us a worrying picture of a very difficult year, concluded with the news on spring temperatures at the end of December in Italy, on the Arctic storm that hit the America, causing dozens of deaths, and on the cold wave in Japan. In the fight against the climate crisis, our country is still seriously lagging behind, chasing emergencies without a prevention strategy, which would save 75% of the resources spent to repair the damage. From the Meloni government, instead of new investments in gas, we are asking for five urgent actions to be placed at the center of the agenda for the first months of 2023: a quick approval of the National Climate Adaptation Plan must be followed by the allocation of adequate economic resources to implement it , not envisaged by the approved budget law; the update of the Integrated National Energy and Climate Plan (Pniec) to the European objectives for the reduction of climate-altering gases of the RePowerEu, forgotten by the Draghi government; new simplifications for all renewable energy plants, starting with repowering for existing wind farms; the speeding up of the authorization procedures with new guidelines from the Ministry of Culture for the Superintendencies and a strong action of support and solicitation to the Regions to strengthen the offices that authorize the plants”.