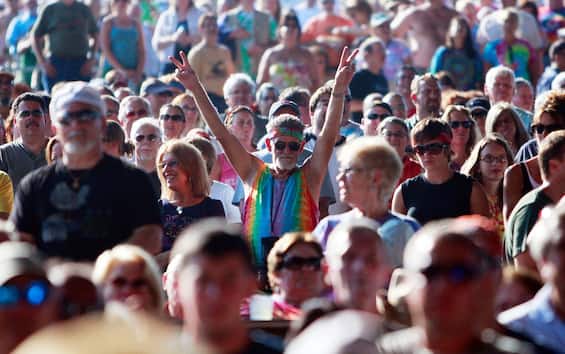 The Festival of Woodstock in Bethel, a small city in the state of New York in the United States of America, an event that is still remembered today as the most important gathering in history for music. Woodstock was organized at the height of hippie culture and these three days are referred to as “Three Days of Peace & Rock Music “that is “three days of peace and rock music “. According to the information of the time, about 500,000 people were estimated in 72 hours. To commemorate the 30th anniversary of the rally, a special event called Woodstock ’99 was held in 1999, but it had almost dramatic implications.

The documentary titled is available on Netflix starting Wednesday 3 August Clusterf ** k: Woodstock ’99, which concerns the great event that took place from 23 July to 25 July 1999 in Rome, a town in the state of New York. What should have been a huge demonstration to celebrate Woodstock’s 30th anniversary actually became three days of confrontation, violence and utter chaos. On the official social channels, Netflix has released the trailer for the documentary lasting just over 2 minutes. The video starts with the festive images of people gathered to sing along with their idols, but suddenly the scenario changes and scenes of unprecedented violence are shown, with fires, fights between people and a completely destroyed landscape. During the documentary, there will be eyewitness accounts of some protagonists such as security officers, organizers and singers, all extremely shocked to remember the event that is defined as a “hell”.

Woodstock ’69 and Woodstock ’99: the participants

In 1969, among the musical personalities who entertained the audience there were the The Who And Jimi Hendrix. Besides them, we also mention Santana, Joe Cocker, Joan Baez, Janis Joplin & The Kozmic Blues Band and Sha-Na-Na. In fact, other famous bands and singers were also in talks to play at Woodstock such as the Rolling Stones, the Beatles, Led Zeppelin, Eric Clapton and Bob Dylan, but all of these turned down for different reasons. In the 1999instead, among the artists who participated in the thirtieth anniversary we remember the Red Hot Chili Peppers, Alanis Morissette, Metallica, Limp Bizkit, Korn, Rage Against the Machine and Offspring.