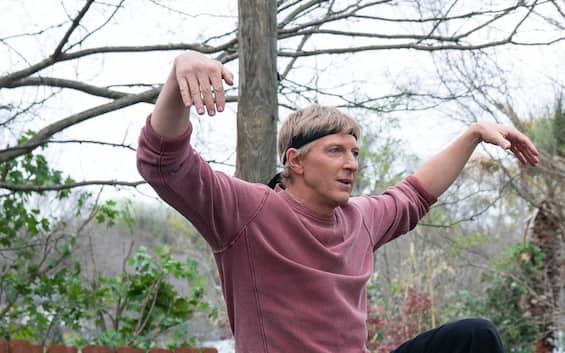 Johnny Lawrence is the protagonist of the clip extracted from the fifth season of Cobra Kai and shared by Netflix on YouTube. The film gave funny images with the iconic character that has fascinated viewers for decades.

William Zabka is ready to return as Johnny Lawrence in the new episodes of the series coming on September 9 on the streaming platform (also visible on Sky Q and via the app on Now Smart Stick).

Missing less and less at the release of the fifth season of the series starring Johnny Lawrence and Ralph Macchiothe latter in the role of Daniel LaRusso.

The recently released footage showed Johnny Lawrence in his new job as a driver for a company in laughs sharing.

cobra kai, the clip with Daniel LaRusso and Chozen Toguch

At the beginning of September Netflix released another clip, this time starring Daniel LaRusso and Chozen Toguchithe second played by Yuji Okumoto.

cobra kai, the clip with Terry Silver and Kim Da-Eun

First it was the turn of the movie with Thomas Ian Griffith And Alicia Hannah-Kim as Terry Silver and Kim Da-Eun.