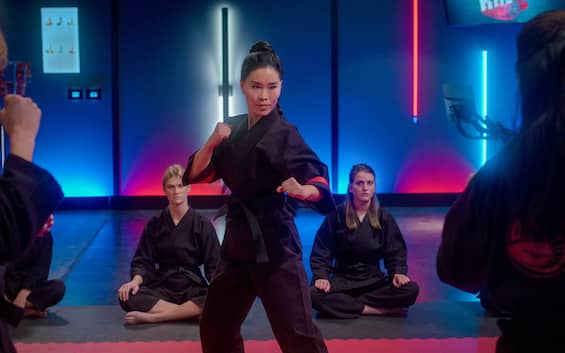 A few weeks before the release of the new episodes of the Cobra Kai series, now in its fifth season. In the past few hours, the Netflix YouTube channel has distributed an exclusive clip with protagonists Terry Silver And Kim Da-Eunrespectively interpreted by Thomas Ian Griffith And Alicia Hannah-Kim.

cobra kai 5, all ready for the new episodes

After the success of the first four seasons, Ralph Macchio And William Zabka are ready to go back to wearing the shoes of Daniel LaRusso And Johnny Lawrence. A little while ago, the streaming platform gave viewers unpublished images immediately enjoying great acclaim.

In the past few days Netflix (also visible on Sky Q and via the app on Now Smart Stick) has released the official trailer and synopsis of the fifth season, this is the text in the caption of the movie: “After the shocking results of the tournament of All Valley, in the fifth season Terry Silver expands the Cobra Kai empire trying to dominate karate with his ‘no mercy’ style ”.

The plot then continues: “Kreese is behind bars and Johnny Lawrence puts aside karate to undo the damage caused, so Daniel LaRusso must ask for help from an old acquaintance”.

The fifth season of Cobra Kai will arrive on the streaming platform (also visible on Sky Q and via the app on Now Smart Stick) in a few weeks, or the September 9.