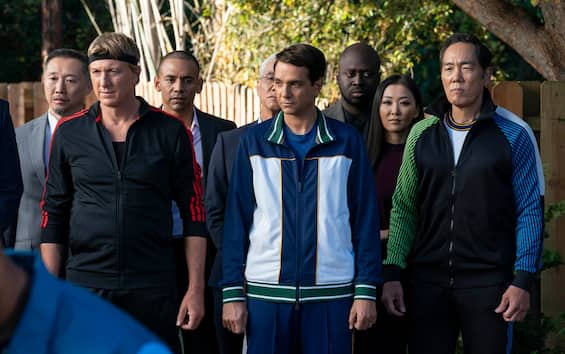 Bittersweet announcement for fans of the series Cobra Kai, who a few hours ago discovered the arrival of the sixth season thanks to the trailer shared by Netflix but could not rejoice because it will be the last. The details on the new season are still very few, to the point that not even the release date of Cobra Kai has been disclosed but in the meantime, fans are sure to see all the characters they have come to know and appreciate on the small screen again. since arriving on the streaming platform. Cobra Kai, in its new version, is the continuation and the end of the eighties series.

To launch the sixth season of Cobra Kai, Netflix has released the trailer for the series and leaves no room for doubts about what its destiny will be. Indeed, the description of the video does not mince words in defining the last season as a “final showdown” where there will be a “epic conclusion of a decades-long saga”. Few doubts remain, indeed none, about its definitive closure. Obviously, Netflix wanted to go big for the grand finale, with a season billed as the “biggest and baddest” of them all. Some summary scenes of the previous seasons have been included in the trailer, combined with new scenes on the battles of the protagonists, ready to confront each other in the final duel for the showdown. Although the trailer does not give an actual date for its release, rumors from the set report that the production is now concluded, so there will be only a handful of months before its release. The fifth season was released at the end of last summer.

The revival of Cobra Kai decades after the original series of the eighties had the merit of bringing back to the screen the most significant characters who made history in the saga of Karate Kid. Season 5 closed with Terry Silver disgraced in front of his students and Cobra Kai disintegrated. The sixth season will see the showdown with Daniel LaRusso. All episodes of seasons 1 to 5 are available on Netflix.