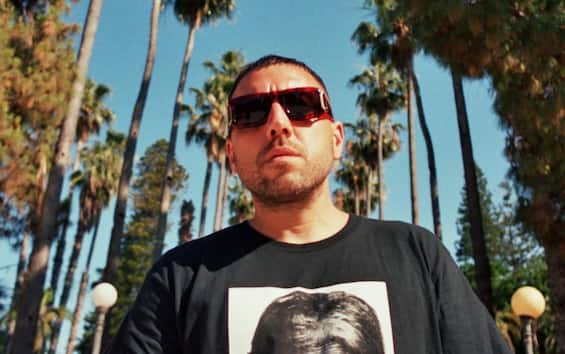 
The two special concerts to celebrate the release of From the Rooftop 2 will be held in unusual and unprecedented places for Coez and its fans, even if they are not scheduled live on the rooftops (as the title might suggest). It was the artist himself who announced, a few days after the release of the new chapter of the acoustic project, two ad hoc events to enhance the latest work. The two special events are scheduled for December 17 at the Teatro degli Arcimboldi in Milan and on December 21 at the Auditorium della Conciliazione in Rome, two locations in which the singer-songwriter has never performed before in his career and which seem perfect for restoring the intimate feeling of the whole job.

From the Rooftop 2 it was a sequel that was demanded in the first place by the Coez fans themselves. The artist had patented the acoustic recipe to pay homage to his beginnings and his artistic roots six years ago, before the success of I make a mess definitively completed the artist’s pop turn. From the Rooftop was born as a series of videos, a concept also spartan in which the singer alternated his successes with covers by contemporary authors (Calcutta) and great classics of Italian music (see Unbelievable romantic by Vasco Rossi o Other shores of the Men of the Sea). After more than five years the formula is not simply repeated but improved. If in 2016 everything was recorded with an acoustic guitar and a loop station, today we breathe greater ambitions: a real band even enriched by a cello recorded everything live, always making a sound spontaneous that however reaches the ear more full-bodied. On the other hand, the guest list is also more substantial: if in the first chapter there was only the friend of a lifetime Gemello this time there are two artists to participate as Frah Quintale And Aries. The first re-reads one of his hits of 2017 together with Coez, In trains at nightwhile the very young Roman singer-songwriter reinterprets with her colleague one of the most beloved songs of the landlord’s latest album: Margherita pizza.

It will always be nice

By Coez’s own admission From the Rooftop it was born right from the start with the intention of opening a window to “other shores” of music, also through re-readings of other people’s pieces. The launch single of this encore is perhaps precisely for this reason a cover of Out of Hours, twelfth track of that True which in 2015 was a fundamental album for the Italian rap scene. The author Gue Pequeno at the time he created a work with a truly international breath, relying on mainly French producers and collaborating with important names overseas (not surprisingly it was Gué’s first album distributed by the legendary Def Jam Recordings). It cannot be said that Coez fans, especially those of the first hour, are fasting on rap. On the other hand, the singer himself took his first steps in that scene, presenting important works for the genre such as Nobody’s son or you work with the Brokenspreakers. However, present the new project with Out of Hours not only invites you to rediscover the history of a world, that of hip-hop, where even just seven years equals a geological era, but at the same time it helps to find a link between the old and the new Coez. The reinterpretation of this recent classic, which was also attended by Gué himself, explains very well the spirit that pervades the whole operation and it is not excluded that other covers (even more courageous) will not be re-proposed live on the two dates. He was the same author of The lights of the city to make our mouth water, anticipating that it is in preparation for the two concerts: “a special set, with the songs released in the 2 volumes of FTR plus some other re-adapted gems”

On the other hand, with Coez, to quote one of his latest successes, it is “always good” even so, even when you don’t know exactly what to expect.