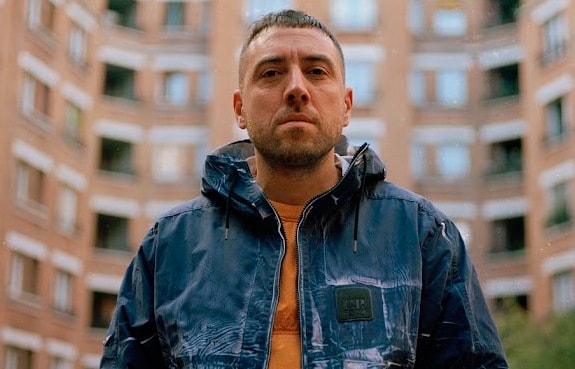 An album that you flip through like a novel. Coez with To fly tells the last two and a half years of his life and beyond, an album written between the closing of It’s always good and the pandemic. To fly is the sixth of the singer-songwriter and is characterized by an honest style, without filters and that speaks to everyone in his personal and emotional being, his trademark that has made him unique in the Italian music scene. In thirteen tracks Coez accompanies the listener on a journey made up of images of everyday life, urban landscapes, subways, sidewalks, neighborhoods, references to pop culture, but also of skies, horizons to look at from balconies, clouds that accompany dreams, memories and melancholy . We listened to the album together.

It is my favorite piece. Inside is my first group, the Brokenspeakers, which no longer exists and is a part of my past that not everyone knows. This is a piece never done, sometimes it happens that you have already written certain things and then you propose them again but not this time.
What is special about it?

Look to the future and break away from the indie music path I’ve been a part of in recent years. Red eyes it is not attributable to any sound existing in Italy, this is the vibe it gives me. There is similar to this Margherita Pizza: we went to the studio with two vocal lines and started from a track made with the phone and for Occhi Rossi it was the same, we always started from my base and therefore it is about chords in my strings. It is something new for the Italian market. Let me be clear I have never aimed at the Indie world but I also entered it for the collaboration with Niccolò Contessa.
What can you tell me about Circles with smoke?

I was preparing the format In the House in a villa that then did not come true due to covid but I had already written a few things.
How did you think that?

One artist a week guest to then involve the public on social networks where we spoiled the pieces but it remained something never done. But the mission was to make the public part of the creative movement. I had written and sampled on a piece by Neffa, Being in the world, and I realized that on the verses I had mimicked his nineties triplet. I thought of creating the verses and he the chorus but I admit that at the beginning there was no idea of ​​contacting him, we didn’t know each other.
What happened then?

During the pandemic we sent each other pieces, I greatly appreciated his songwriting twist over time and a lot of Motown.
I understand but the fact remains that the category is an all-Italian limit.

I’m sorry for the younger guys who look to the top 50. There is a competition for numbers that involves everyone, the artist is rated based on followers. You used to consume the disc before …

Crack it is strong already in the title.

I don’t know whether to call it a love song, I started from I got high on crack which is Uma Thurman’s phrase in Pulp Fiction to make strong but funny sentences. It tells of an explicit love and I sent it to Salmo and Massimo Pericolo.
Which they immediately accepted.

I never had Salmo in one of my works even though I collaborated with him; Massimo Pericolo among the new is a real rapper with a beautiful pen, a young but already veteran. They both came home during the pandemic, we were all buffered and lived a bit of old normality for a day. We put it all together.
Here we are at Flow Easy.

The first verse is rapped, there are open choruses, the second verse has a melodic and new flow. 25 elements work on the chorus as well as a conductor for electronics with classical music: it is the piece with the highest production of the disc. It is not a single a la Red eyes or Margherita Pizza, this is more vague, does not have a direct line. Also Wu-Tang gave us a hard time. Potential singles are born easier.
Has the pandemic held you back?

I think I have done at least 150/160 full days of study. Then I follow everything. From the birth of the project to the end. In the record there is practically nothing that once made it gave me doubts because I had the time to think about it, there are pieces that I thought of as a single then I did not work them because they were not in line with the project.
To fly it is revolutionary in its own way.

It’s my sixth album, I made the first five on tape, this is the first time that time has passed. The previous It’s always good ends with Airplanes and this is called To fly so I already knew there was a common thread.
In Among the Clouds you got yourself a gift.

There is a sampling of Rino Gaetano from his My brother is an only child.
Finally the tour.

I initially set 12 dates in fairly small clubs, in Rome I chose the place where I had presented my first album. It will be an amarcord tour that will start from Turin on January 31st. My melodic songs are well known but I have strong songs, I have a punk attitude, I want a more hardcore live, I have been wanting it for a long time. And so it will be!