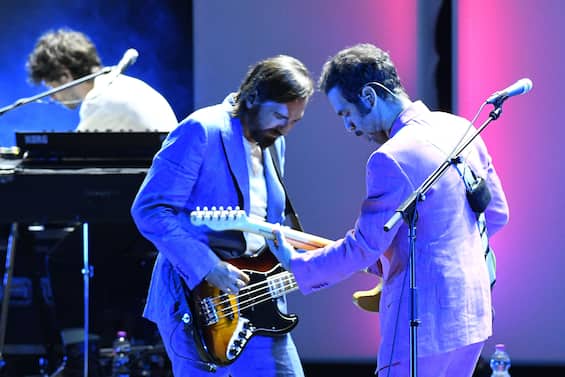 Sometimes contingencies make you discover something about yourself that you don’t know. Few years ago Colapesce and Dimartino they were for example two “autonomous” singers, with their own careers and respective fan bases. They came together artistically almost by chance, in a meeting that was supposed to be short but intense and which is now turning into a lasting partnership. By now the two inseparable partners also make songs for soundtracks, such as Crazy things. The song released on December 2, 2022 will enrich the soundtrack of Bad Guy, an Italian series about a man who ends up acting like a criminal after life takes him in that direction. Sometimes it is fate that deals the cards and you can only let yourself be carried away by the current and play, Colapesce and Dimartino perhaps know this better than anyone

Crazy things is the perfect musical accompaniment for this series which will air on Amazon Prime starting December 8th. Bad Guy talks about a PM who is unjustly accused of being one of those mafiosi he has fought for years and, in order to be able to put his revenge into practice, ends up really transforming into the monster that someone believed. The tone of the series clearly veers towards crime but does so with almost dark irony and humour. The recipe seems almost the same that Colapesce and Dimartino patented in music: to lighten the DNA of works in which serious elements coexist with a patina of “very light” pop, such as Italian songwriting or the virtuosity of two perhaps underrated musicians. Crazy things it also brings back to the production the same team that had contributed to Very light music and that includes as well Federico Nardelli and Giordano Colombo. It is therefore no coincidence that there are similarities, especially in the general atmosphere, between the Sanremo hit and the latest single. Also in Crazy things references to the sound of the eighties exist and form the basis for a less banal text than one might think, in which the two souls of a couple of artists with a similar but still different sensibility emerge.

Attacked by a beautiful anarchy

The words sung by Colapesce and Dimartino can often be underestimated, especially in those songs that end up becoming willy-nilly even the soundtrack of our expenses. Yet there is a reason why even the same text of Very light music not be touched excessively when it is translated into Spanish to be sung by Ana Mena: those verses have their own intrinsic poetry and are always written by two Sicilians who grew up in the myth of beat (genius also honored in concerts). Ornella Vanoni she said that the thing that struck her the most about the two boys was their choice “to keep this face serious but also a little sad”, as if to physically express the duality between a music that is in any case “within reach” and poetic and sometimes almost cryptic texts. Crazy things it is built on verses in which love is told in contrasts, in a game that borders on a double meaning starting from that refrain that goes: “Love me without mercy, steal me tonight”. The noblest sentiment here is a very powerful force, which must be handled with caution because it breaks down and even strikes from behind. “Under attack I defend myself from your stupendous anarchy”, sing the two sons of a marvelous paradox. It was supposed to be a short rendezvous and instead after two years we’re still here, admiring the crazy things that these two Sicilians perhaps would not have imagined doing for so long together.