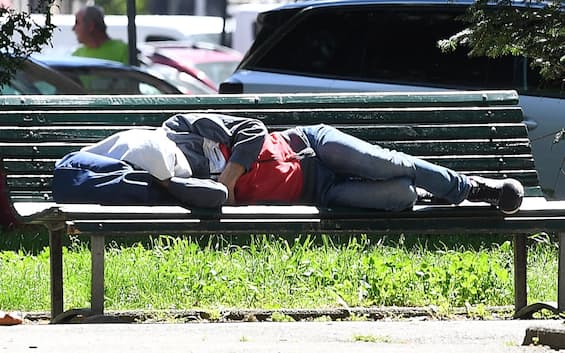 Among the new poor there are also those who have lost their jobs, temporary workers or those with activities affected by rising energy costs. “An unprecedented post-war social emergency, caused by the deadly mix of covid and energy crisis”, underlines the association

Almost three million poor people in Italy. The number of people forced to ask for help to eat increases by 12% in one year. This is what emerges from Coldiretti’s analyzes on the Fead 2022 report. “An unprecedented social emergency since the postwar period, caused by the deadly mix of covid and energy crisis”, underlines Coldiretti in a note. Another dramatic fact: children under 15 in need of assistance to eat have exceeded 600 thousand. To these are added 337,000 elderly people over 65 and 687,000 foreign migrants.

Among the new poor, Coldiretti recalls, there are also those who have lost their jobs. That is, small traders or artisans who have had to close their shop. But also employed people who do not enjoy particular subsidies, many temporary workers or with activities affected by the measures against the Covid pandemic and by the jump in energy costs.

The forms of support

The vast majority of those who have been forced to resort to food aid do so through the delivery of packages that better meet the expectations of the new poor who, out of shame, prefer this form of support rather than the consumption of free meals in charitable structures.

Solidarity against poverty is also growing, Coldiretti underlines. From voluntary organizations to businesses and individual citizens there are many initiatives. Citizens who buy in the markets and in the Amica country farms or receive home shopping can decide to donate food products to the most needy families who will be able to bring to the table food Made in Italy, quality and zero km that will be delivered to the needy in agreement with municipalities and parishes.

In many markets, unsold fresh produce is left to charitable organizations, who come and pick it up for use in canteens. “With the suspended spending we wanted to give a tangible sign of the solidarity of farmers towards the weakest sections of the population most affected by economic difficulties”, explained the president of Coldiretti Ettore Prandini.