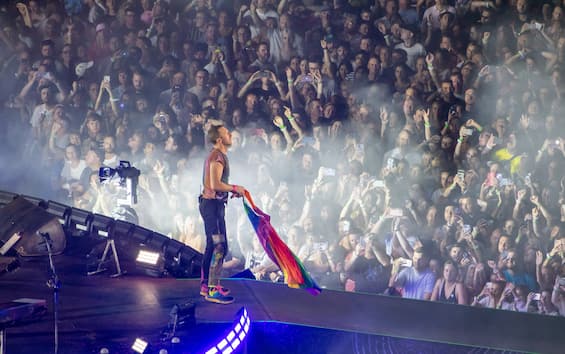 Two stops in Italy for Coldplay (here all the news). An awaited return finally rewarded for the fans of the band that, after the triumphal success of the European tour, announces for 2023 the dates of Naples and Milan. The morning after completing their triumphant six-night streak at London’s Wembley Stadium, Coldplay announced more European stadium shows for their Music Of The Spheres World Tour in the summer of 2023.

At the head of the article the VIDEO: “Bruce Springsteen and Coldplay on stage in New Jersey”

the tour and tickets

Dates include first tour visits to Portugal, Spain, Italy, Switzerland, Denmark and the Netherlands, as well as UK shows in Manchester and Cardiff. After six years from the last unforgettable concerts in Italy on 3 and 4 July 2017 in Milan at the San Siro Stadium, the band led by Chris Martin will therefore return to Italy in the summer of 2023 for three dates: 21 June Naples, Diego Armando Maradona Stadium, 25 and 26 June Milan, San Siro Stadium. Tickets will be available in preview for My Live Nation users starting at 10:00 on Wednesday 24 August 2022. To access the presale, just register for free on www.livenation.it.

General ticket sales are open from 10.00 on Thursday 25 August 2022 on www.ticketmaster.it, www.ticketone.it and www.vivaticket.com and in authorized sales points. Since the band’s record-breaking tour began in Costa Rica in March 2022, more than four million tickets have been sold for dates in Latin America, North America and Europe with rave reviews from both fans and critics. The tour was also acclaimed for its groundbreaking series of sustainability initiatives that include a show powered by 100% renewable energy in nearly every location. The new cities on the tour were teased via the band’s new video for Humankind (taken from their album Music Of The Spheres), which premiered last week. The video also hinted at additional shows scheduled for Southeast Asia and North America.