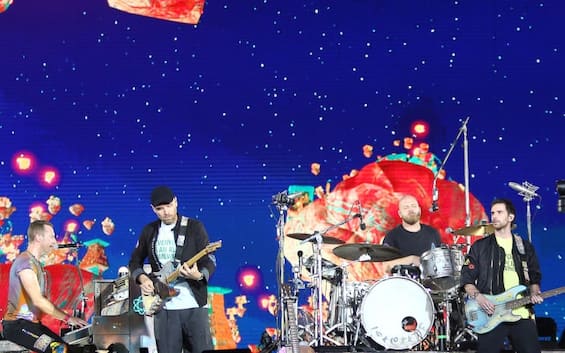 After the announcement of the Italian dates, on 21 June 2023 at Armando Maradona Stadium in Naples and on 25 and 26 June 2023 at San Siro Stadium in Milani Coldplay they let it be known that the Italian evenings are not over. The band has indeed announced new dates in both cities: double the show of Naples June 22 and poker falls Milan with the third and fourth dates a San Siro on 28 and 29 June. Tickets are available on the platforms and in authorized points of sale.

the highly anticipated return to Italy

Six years after the last time in Italy, with the unforgettable concerts on 3 and 4 July 2017 in San Sirothe British band led by Chris Martin will return to Italy for a performance that promises to be incredible after the sold out of the six triumphal evenings at Wembley Stadium in London. Ever since the band’s record-breaking tour started in Costa Ricain March 2022, more than four million tickets for the show in were sold Latin America, North America and Europe with excellent reviews, both from numerous fans and critics. Now we just have to wait for next summer to sing their songs live!