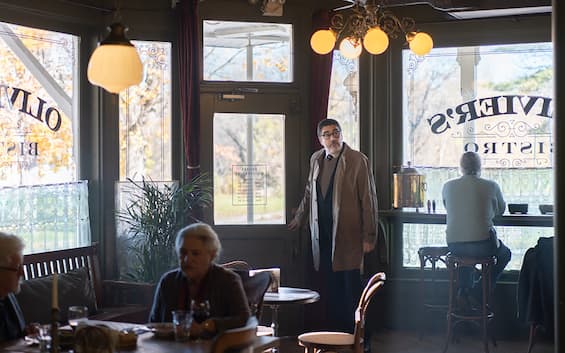 A seemingly idyllic city, a series of murders to disturb its peace, a detective able to see things that others don’t see: from the detective novels of the writer Louise Penny, he arrives starting from 8 January exclusively on Sky and streaming only on NOW the newest detective story Commissioner Gamache – Mysteries at Three Pineswith Alfred Molina (A Promising Woman, Show Me A Hero, Spider-Man: No Way Home, Boogie Nights). Set in Quebec, Canada, the series is a captivating crime story that will air on Sky Investigation every Sunday with two new episodes that will obviously also be available on demand.

Commissioner Armand Gamache sees things others don’t: the light between the cracks, the mythical in the mundane, and the evil in what seems merely ordinary. A quality that certainly comes in handy for him as regards his profession, but which also entails an unpleasant “side effect”: doubting, always and in any case, others. Because everyone has a secret. While investigating a string of murders in the seemingly idyllic town of Three Pines, Gamache uncovers some long-buried secrets and faces some all-too-personal ghosts.