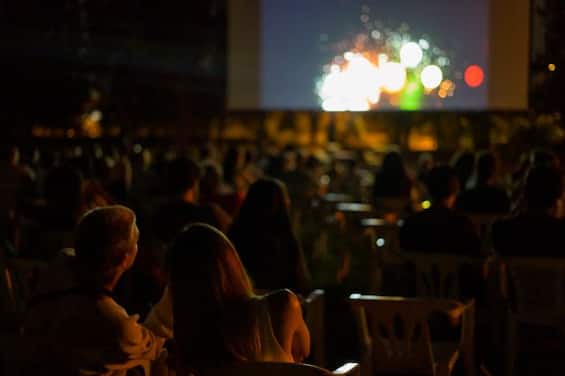 Forty-one films in the official selection, including two world premieres and 25 Italian premieres, from 32 different countries: this is the heart of the 21st edition of Concorto Film Festival, one of the most important and historic short film festivals. A calendar full of events, hundreds of films in programming with numerous previews, the result of a selection that enhances the products most linked to contemporaneity and visual research.

Asino d’Oro, the award for the best film

The films in competition will compete for the prestigious Asino d’Oro, prize for the best film, which will be awarded by an international jury composed of personalities from the audiovisual world: Pedro Armocida, Director of the Pesaro Film Festival and film critic, Katharina Huber, director already winner of the Golden Donkey at Concorto 2021, Oana Ghera, Director of the Bucharest Experimental Short Film Festival, Emma Nolde, Italian singer and Florian Fernandez, Industry coordinator of the short film at the Cannes Film Festival.

The titles in competition

As every year, in addition to the films present in the official competition, the program is enriched with numerous off sections. For this edition, the Geographic Focus – curated by Simone Bardoni, created in partnership with the Bogoshorts Festival – is dedicated to Colombia, which in recent years is increasingly defining itself as the cradle of a social cinema, intimate and universal at the same time, which , both in feature films and in short films, reflects the facets of a complex and ever-changing country.

Concorto Kids, dedicated to the little ones

2022 also marks the beginning of a project that Concorto Film Festival has long been proposing to put into practice, and which this year is being implemented in an experimental way: Concorto Kids, curated by Enrica Carini, Virginia Carolfi, Rael Montecucco, Daniele Signaroldi, a series of initiatives that the festival has decided to address to the little ones, a work of image education aimed at all children in the 3-10 age group, with the desire to promote quality cinema for children .

The other important novelty this year is the project [SEEING VOICES], curated by Isabella Carini and Chiara Granata: for the first time the festival will be completely accessible to deaf people thanks to the presence of LIS interpreters, scoring staff and specific subtitles. The LIS interpreter service will be present at all meeting moments, from talks to presentations on stage, to interviews with directors and guests. Finally, thanks to the presence of signing staff, a welcome and orientation service will be guaranteed in LIS, for full and total accessibility. The project, which received the support of the Piacenza and Vigevano Foundation, is also realized thanks to the support of ENS (Ente Nazionale Sordi), Al.Di.Qua.Artists (Alternative Disability Quality Artists – association of artists * and workers of the show with disabilities) and the LACCI Advanced Training Course (Languages ​​for accessibility and inclusion) of the University of Bologna.

Elisa Talentino, the artist who created the Festival poster

Each year the festival poster is entrusted to a different artist, coming from the world of illustration and / or street-art. The protagonist of the 2022 edition is Elisa Talentino, who, immersing herself in childhood memories, has designed a flying donkey, an archetypal figure that incorporates the logo of the festival and which, as the artist tells us: “It was born from a desire for childhood: riding a magical animal, which is able to detach itself from the ground to lead us towards fairy universes “.