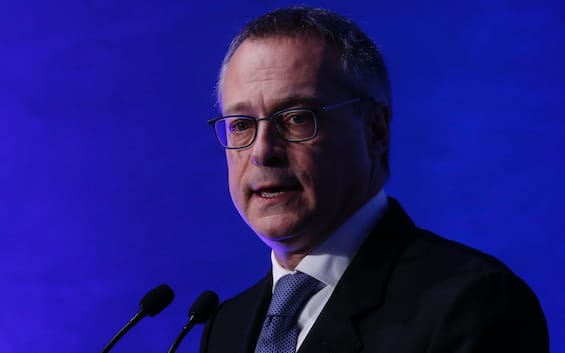 The president of the organization of Italian enterprises launches a proposal from the stage of the Trento Festival of Economics – organized by the Autonomous Province and the 24 Hours Group – to Minister Orlando. And he adds: “Ready to sign a serious proposal as soon as I receive it, if it is better than mine”

Cut taxes on labor costs to raise low incomes in a structural way and not with a one-off bonus. This is the proposal that the president of Confindustria, Carlo Bonomi, launches from the stage of the Trento Economy Festival organized by the Autonomous Province and the 24 Hours Group. “We have launched the pact for Italy, to achieve it you have to sit at a table. Our proposals are clear, I have not yet heard those of the others”, said Bonomi. “We propose to cut taxes on labor while I have not yet heard the proposals of Minister Orlando. When I receive a serious and articulated proposal, and if it is better than mine, I am ready to sign it”.

Bonomi: “Bonus 200 euro does not solve the problem”

“It is undeniable that incomes below 35 thousand euros are suffering. Then we must take serious action. And it is not with the one-off € 200 that the problem is solved, because with a bill they are already finished”, said the president of Confindustria. “So it is appropriate to lower the cost of labor and put the money in the pockets of the Italians. And this is structural, the resources are there. If only this country pays a trillion in public spending”. If Minister Orlando wants to “fight illegal work, I cancel my commitments and go to Rosarno where there are pockets of illegal hiring. He has been a minister for two years and I have never heard of these issues and make proposals”.

Bonomi: “Minimum wage? It is not our theme “

“The growth in inflation is below the European average because companies have absorbed the increase in the cost of raw materials and energy in the supply chain. This has not happened elsewhere,” said Bonomi. “The issue of wages is not a topic of Confindustria. Confindustria’s contracts are all over 9 hours an hour. So we are neither against nor in favor of it. The issue of the minimum wage is how it will be built,” he added.

Bonomi: “Government has slowed down on reforms”

“The government had started an important reform action, it has slowed down. The Competition bill is an example of this, it has been stopped in Parliament since July last year. It is clear that it will come out very watered down”, says the president of Confindustria. “On the subject of reforms, the NRP is important for the billions it brings, which in any case are a debt and we will have to repay it, so the only way to repay it is to grow. The reforms must be made, there are no more excuses”. The work of the reforms is “blocked by the parties, which have entered the electoral campaign. This is not good for us, because reforms have to be made to restart the country. The great goal of this country should be to reduce inequalities “.

Bonomi: “In the next six months the EU will focus on industry”

“We met the Czech Prime Minister and he told us that for the next semester of the rotating presidency of the European Union he wants to focus a lot on industry, we are pleased about this because we believe that the issue of manufacturing is a national security issue and the Russian-Ukrainian conflict has shown us this, “said Bonomi. “European integration has taken place in industry, we have integrated value chains and we are all experiencing the same problems. While the various European Confindustria associations have expressed a common vision on industrial issues, different approaches, different visions have emerged on the Russian-Ukrainian conflict. , with countries like Latvia, Estonia, Lithuania and Finland expressing a very tough view on Russia and sanctions “.