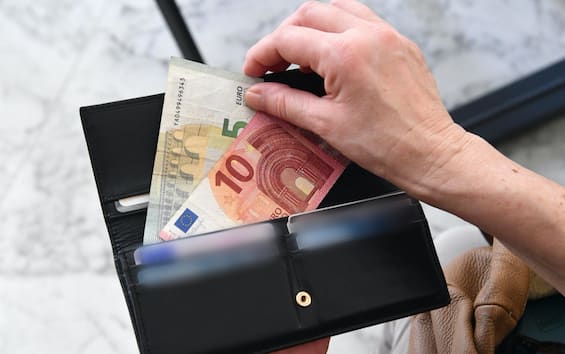 At the end of the year, industry was down and construction stopped driving. They only hold services. Rising rates discourage investment and weigh on balance sheets. And the uncertainty about the prospects and the expensive energy are also weighing

The risk of stagnation for the Italian economy is increasing: at the end of the year, industry is in decline, construction has stopped driving, only services hold. Inflation at its highest and persistent levels will curb consumption, which has so far been supported by accumulated extra savings, while the rise in interest rates will discourage investment and “ballast” corporate balance sheets. This is what the Confindustria Study Center indicates, highlighting, among other things, how the uncertainty on the prospects and the high energy price weigh heavily, which could absorb further extra savings, reducing the impulse on consumption and “accelerating” stagnation.

The industry feels the pinch, underlines the CSC, noting that production suffered a second marked decline in October (-1.0%, after -1.7% in September). For construction, the decline in the third quarter was sharp: -1.3% investments, -2.2% production. Instead, they keep the services. The summer recovery of tourism and spending on services (+3.1%) was crucial for the sector, the only one growing in the third quarter (+0.9%). For the fourth the signs are improving. As regards the leap in interest rates, the CSC points out that the cost of credit for Italian companies “surged” in October: 3.14% for SMEs from 1.74% at the beginning of 2022, 2.19% for large by 0.76%: “This increase in costs will have a negative impact on investments”. The BTP, which had been down since mid-October (3.49% in December, from a peak of 4.69%), recovered to 4.06% following the rate hike decided by the ECB last Thursday (to 2. 50%). Employment is growing, while exports fluctuate.

The data, continues the Confindustria Study Center, show the continuation of the expansion of employment in Italy in the two-month period September-October (+0.3% over July-August, +79 thousand units). Italian exports open the fourth quarter badly: -1.6% in October (after +1.6% in September). But there are large differences between sectors and destination countries: pharmaceuticals are growing robustly, means of transport are on the rise, machinery is weaker; sales in the USA and Turkey are the driving force, those in China and above all in Japan are sluggish. The negative signals from foreign manufacturing orders in November consolidate, due to the weakness of global demand and geo-economic uncertainty. World trade is still growing in the third quarter, but negative indications for the fourth come from the global foreign orders PMI (46.2 in October and November) and from the port container handling index (significant drop in October): the cost increases, especially energy costs. A scenario in which the 2023 growth forecasts for the USA have also been cut (from +1.2% to +0.5%).