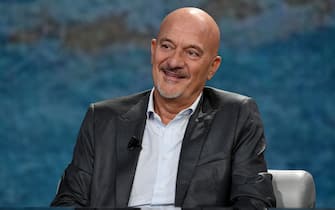 Claudio Bisio is the protagonist of Confused and happycomedy from 2014. The actor and comedian plays Marcello, a psychoanalyst who discovers he has a serious illness that will lead him to blindness

Marco Giallini plays Nazareno, a neighborhood drug dealer suffering from panic attacks and with a child on the way

Anna Foglietta, the photos of the actress

Massimiliano Bruno plays the role of Pasquale, a forty-year-old bus driver with an addiction to his mother and food

WATCH THE VIDEO: Confused and happy – the trailer

Caterina Guzzanti has the role of Betta, a woman in debt to her husband Enrico

WATCH THE VIDEO: “Confused and happy”, the new comedy by Massimiliano Bruno

Rocco Papaleo as Michelangelo, an established sports commentator who has violent outbursts of anger dictated by his wife’s betrayal with a German lover

Rocco Papaleo, the career of the Italian actor in 8 photos

Gioele Dix is ​​the psychiatrist Andrea

Helmut Hagen has the role of Professor Breitner