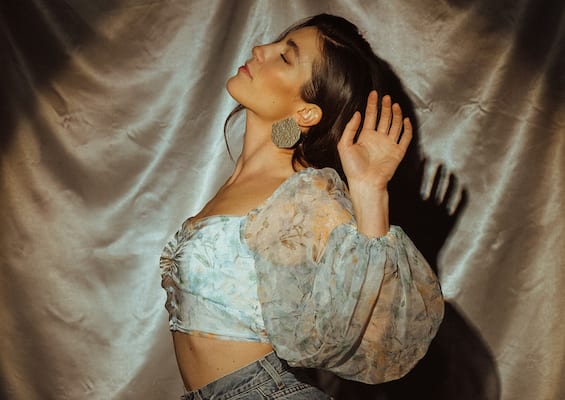 The singer-songwriter Camilla Fascina, in art corallyis the spokesperson for the shepherds of the sea, the volunteers of Sea Shepherd engaged in direct action campaigns to defend marine wildlife and protect the oceans and their inhabitants from illegal exploitation. Shelley out on all platforms

digital Friday 13 January and already in pre-save is a hymn in defense of life: “We still have a choice, fate is in our hands.” The text of the song is in fact an invitation to

“We are children of water, the source of our own life. We come from the sea and we will return there. We have a responsibility to defend, protect and conserve marine species to safeguard our very survival on this planet”, says the artist during the live preview of the song on the Ted X stage in Lerici with an artistic performance that he revealed at the time same the dramatic situation of illegality in our waters, and the sense of hope and perspective underlined by the closing Indian flute of the piece that accompanies words of hope. The song Shelley was composed by corally for the soundtrack of the docu-film The Guardians of the Sea documentary presented at 79th Venice Film Festival dedicated to the lives of some volunteers who choose direct action, intervening in a non-violent way to prevent the illegal activities that destroy the sea. The documentary film is available on Amazon Prime.

corally is the first recording project in Italy to donate the rights of his songs to Sea Shepherd, an international organization that operates in direct action campaigns to defend wildlife and protect the oceans from illegal exploitation and environmental destruction. corally combines lyrics and activism: with his songs, the artist wants to bring attention to the need for immediate action to protect the sea and its inhabitants, recounting the interdependence relationship between us men and marine species. Music is the key element of this project to raise awareness of the difficulties marine life is going through.