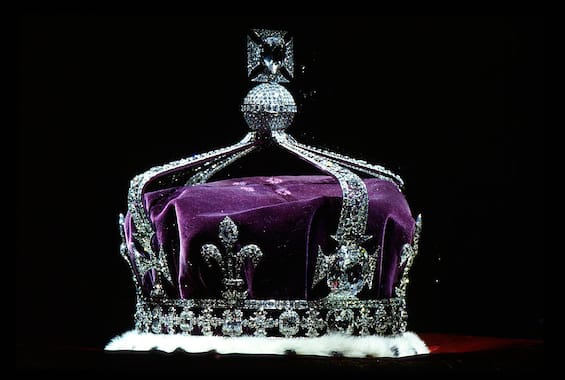 A 105-carat diamond set in the center of a triumph of 2,800 stones: behind the splendor of the Queen Mother’s crown, there is a potential diplomatic case between the United Kingdom and India. Many citizens of the former British colony accuse the Royal family of stealing the precious stone, which has belonged to the royal family since 1837 but was mined in India about seven centuries ago. The jitters are such that it is rumored that Camilla may be forced not to wear the crown in May on the day of the coronation of Charles III.

The case exploded in the days immediately following Queen Elizabeth’s death, when social networks were teeming with vitriolic comments from Indian users. The accusation? The gemstone is “a colonial symbol” and as such must return to its rightful owner, India. The claims had raised some embarrassment at Buckingham Palace, but the matter probably wouldn’t have gone beyond the confines of social networks if a man close to India’s Prime Minister Narendra Modi hadn’t made some pretty harsh statements: the gem, according to the party spokesman. di Modi, evokes “painful memories of the colonial past.” Appeals for restitution come from many Indian parliamentarians such as Rakesh Sinha. The politician told the Washington Post that the diamond testifies to the “brazen bond” of the monarchy with its “barbaric history of exploitation”.

The imminent coronation of Charles III, scheduled for Saturday 6 May, complicates matters. The jewel, which is normally kept in the Tower of London, should be the protagonist of the ceremony. Before the fuss arose, Camilla intended to wear it, but the criticisms received suggest revising her original plans. There are two solutions that can be glimpsed on the horizon: the Queen consort could give up wearing the “coronet” on her head or you could decide to remove the gem from the frame and replace it.

The diamond, one of the largest in the world, is first mentioned in the 14th century. From the raja of Mâlvâ it passed into the hands of the Mughal emperors and so on until it was acquired by the East India Company after the Anglo-Sikh wars and offered to Queen Victoria in 1850. , before it was placed in the center of the Maltese cross of Queen Elizabeth’s mother. Elizabeth Bowes-Lyon wore it in 1953 on the day of her daughter’s coronation. Over the years, requests for restitution have come from many places: in addition to New Delhi, the stone has also been claimed by Afghanistan and Pakistan.