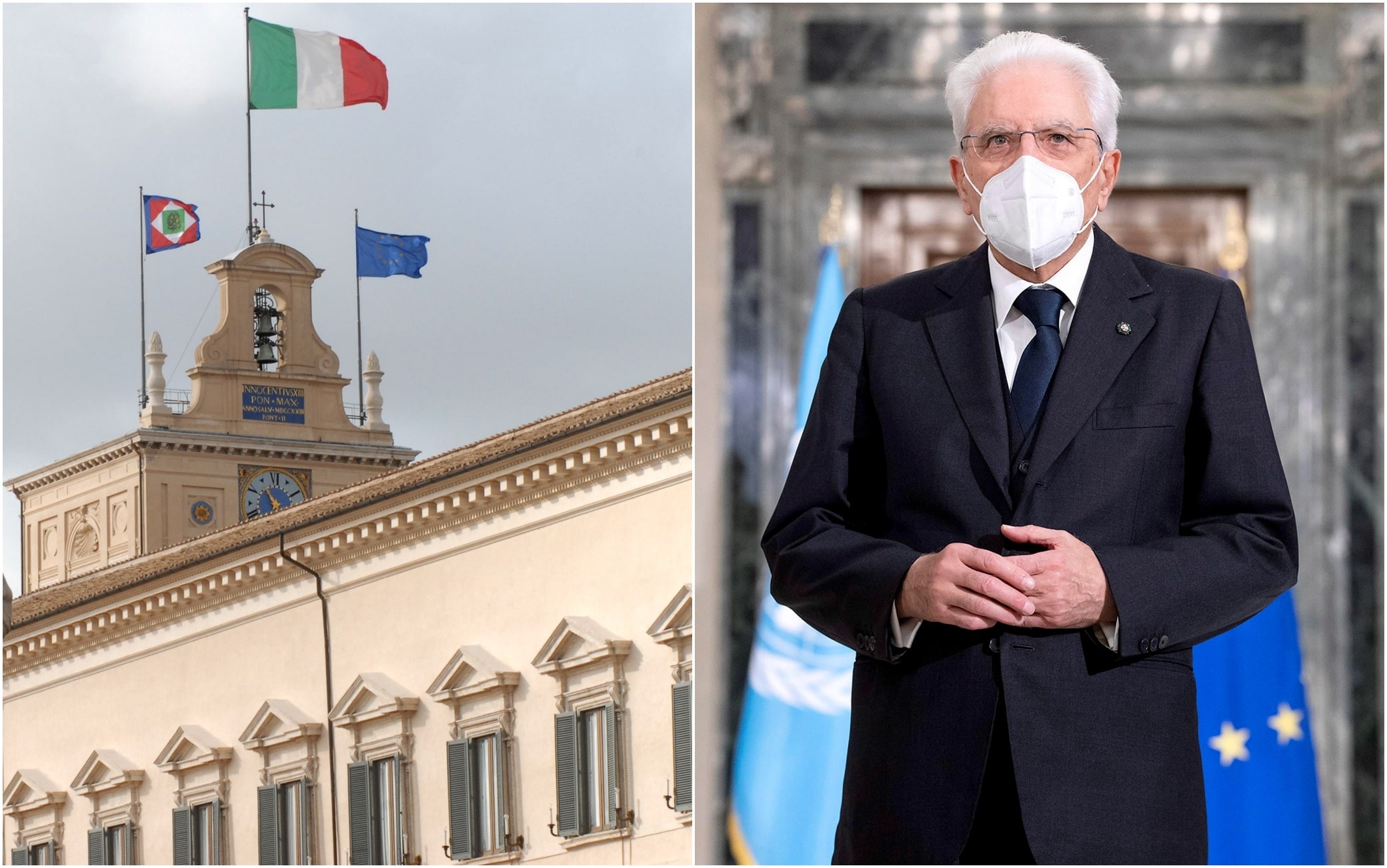 Two months after the election of the President of the Republic, the race for Mattarella’s successor has already begun, even if only in the vicinity of the vote will the political picture be clearer. The unknowns about Draghi’s future remain

It is the game of matches, the most delicate and relevant political transition in the coming months. From mid-January the Parliament will be able to be convened in joint session for the election of the 13 President of the Republic. Totonomi has already begun, more or less credible candidacies, often used only to test reactions and observe what the stone thrown into the water releases. But tactics are part of the game. Only in the vicinity of the vote will the picture become clearer and a variable must be considered: if the pandemic – even in Italy – were no longer under control, the emergency could favor solutions that were unthinkable until now.

Excluding the encore of Mattarella

The current tenant of the Quirinale has made it clear several times – albeit indirectly – that he is not available for an encore. Mattarella excludes his second term as happened for Giorgio Napolitano. That re-election was already considered a constitutional stretch and as such it should remain unique, say several constitutionalists. Even in these days – at the inauguration of the academic year at Sapienza – Mattarella repeated that “I am just a few weeks away from the conclusion of my role”. The news – published a few weeks ago – of a signing of a rental contract for an apartment in the North Rome area also reinforced the message of the end of mandate. Despite all these clues, there are those in the building who still believe an encore is still possible, perhaps in time, to guarantee an end of the legislature that secures the resources obtained thanks to the Recovery plan and the urgent reforms for the country.

It is the question of questions that opens up different scenarios. The name of the Prime Minister has been among the most common for months as a possible successor to the Colle. Despite himself, however, because Draghi has been repeating for some time that talking about it now would be disrespectful to the current President of the Republic and he sends the decision back to Parliament. Meanwhile, hypotheses, conjectures, scenarios are flourishing. The future of Italy and of the Draghi government – born as a guarantee for Europe – for the implementation of the NRP is one with the election of the new head of state. If Draghi went to the Quirinale who would lead the government? Who would be able to keep M5S and Pd together on the one hand, Forza Italia and Lega on the other without risking the premature end of the legislature? An early end of the legislature that, however, few parliamentarians would like given the cut of more than four hundred benches from the next one. A Palazzo voice remains: Draghi at the Quirinale with the current Minister of Economy Daniele Franco at Palazzo Chigi, guarantor of the National Recovery and Resilience Plan. Suggestion: the questions about the future and the intentions of the national “Supermario” are endless, but to date they remain unanswered.

For the former prime minister it would be the “right conclusion” of his political career. In words, the parties of the center-right, Lega and Fratelli d’Italia have assured him of support: but Berlusconi himself, who is 85 years old, numbers in hand, seems to be aware that the risks of a burn are very high. Some observers read the recent appreciation made by the blue leader of the style of Conte and of the Citizenship Income as a sort of maneuver towards the M5S. Maybe it’s just political fiction. Also because it remains a significant issue: the President of the Republic is also the President of the High Council of the Judiciary. A position that would be held by a leader who has lived a political life of clashes with the judiciary and has some trials still pending.

Romano Prodi explicitly said that he was not part of the party due to age limits. And he has bet that the one who has fewer vetoes will go to the Quirinale, not the one who has the most votes. Among the eligible candidates there are also Gianni Letta, Giuliano Amato and Pierferdinando Casini. Long political and institutional experience for all, even if all identifiable with a precise historical period: Letta with Berlusconi and his TV, Amato, Dr. Sottile with the forced levy on the accounts of the Italians in 92; the youngest Casini, is also the only one in Parliament currently, elected with the PD in 2018 after being one of the founders of the center-right. A transversal path that could be very useful for putting votes together in January. New entry is the name of Paolo Gentiloni, current economic commissioner in Brussels.

Is it a woman’s time?

No women at the Quirinale, no women yet at Palazzo Chigi. A few years ago there was a timid attempt for Emma Bonino but it didn’t lead to anything. According to some, a possible candidate could be Marta Cartabia, current minister of justice and president emeritus of the constitutional court. An institutional and guarantee figure, albeit with little political experience. In October a mobilization for the candidacy of Liliana Segre had started: but the life senator, who survived the Shoah, thanked and blocked the idea: “I don’t have the competence – he explained – and I’m 91 years old”.