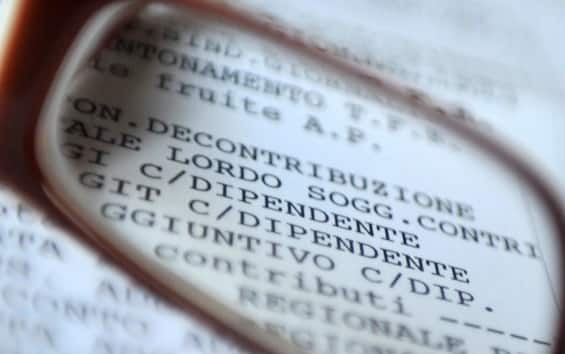 To counter the rise in prices, the government is preparing to pass another decree. Among the interventions there is also a cut in the contributions paid by workers. This measure should lead, at most, to an additional twenty euros per month in salary

Already this month millions of Italians could find themselves a little heavier paycheck. This is the intention of the government which is developing new aid to counter the high cost of living (there are 14.3 billion available).

Who benefits from the tax wedge cut

To mitigate the increase in inflation, which eats up wages, in addition to the extension of discounts for bills and fuel, the revaluation of pensions and business concessions, a cut is in fact foreseen in the so-called “tax wedge” which should concern those who earn up to 35 thousand euros gross per year. A protection for medium-low incomes, which – in practice – will result in lower contributions for retirement and welfare paid by workers.

How many is the help worth

The money that Mr. Bianchi will not pay will be put there by the State, with the result that he will have more money in his pocket. How many? It depends on the extent of the scissoring. There is talk of a percentage point less, which is worth 18 euros more per month for those who are in the highest range of the beneficiaries, that is, those who have a salary of around 1,600 euros net per month. The aid, of course, goes down for those with lower incomes: those who take a thousand euros will find around ten more in their pockets. It must be remembered that, by decreasing the disbursement for the tax wedge, the worker will have to pay a little more taxes (increases his “taxable amount”) and these weigh more on those with higher earnings.

Uncertain future for the wage subsidy

It must be said, then, that the aid should be valid until December and it is not known whether the government we will have after the elections will confirm it. The uncertainty also concerns the already existing contribution relief, of 0.8 per cent, in force since January, again for the same category of workers (and which is added to the reduction in personal income tax and the single allowance for children).

The 200 euro Bonus only to those who had been excluded

In conclusion, we can say that the planned cut in the tax wedge will bring less money than the bonus of 200 euros, which went to 30 million Italians and cost 6.8 billion. This subsidy, in fact, will not be renewed, but only extended to those who had been excluded, as precarious and seasonal workers.