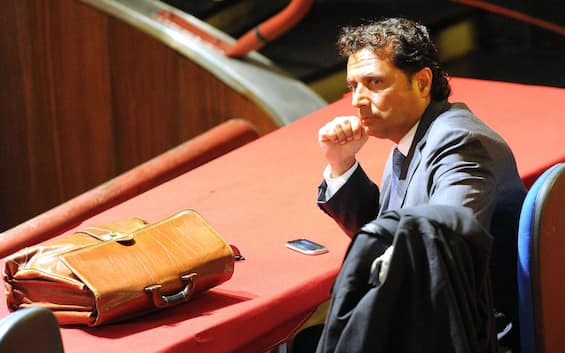 The European Court of Human Rights in Strasbourg rejected the appeal lodged by Francesco Schettino and his lawyer against the 16-year prison sentence imposed on the former commander. Schettino is serving his sentence for the sinking of the cruise ship Costa Concordia on January 13, 2012 in front of the Giglio Island which cost the lives of 32 people. The appeal, filed on January 12, 2018, contested the violation of Francesco Schettino’s fundamental rights but, as stated in the sentence, the Supreme Court, “in the light of all the elements in its possession”, established “that the facts reported do not reveal any apparent violation of rights and freedoms “.

Appeal rejected by Italy and the EU

The provision of the Strasbourg Court was delivered at the beginning of July to the Neapolitan lawyer Saverio Senese who has been following the legal proceedings of Francesco Schettino for years. A month earlier, the same lawyer had asked for news of the appeal, presented on 12 January 2018. Lawyer and former commander counted a lot on the Strasbourg decision: the two believed that all the Italian sentences had been partly influenced by the media exposure to which the tragedy had been subjected. But the appeal, just over three months after being rejected by the Court of Appeal of Genoa, was also rejected at the European level: for judge Alena Polackova there was no violation of human rights.

However, there is an inconsistency on the decision of the Strasbourg Court: as reported by the newspaper La Nazione, the European sentence dates back to 13 January but was delivered to the lawyer only in July and after a reminder. January 13 is also a symbolic date: on that day Italy and the Giglio Island celebrated the tenth anniversary of the shipwreck. A delay in the delivery of the sentence that the lawyer Saverio Senese did not like and asked the Court for explanations: “Please communicate – wrote the lawyer – the details of the registered letter and the details of who would have withdrawn it, on behalf and in the name of the undersigned, since I have not received any letter dated January 20, 2022 “. In the same letter, the lawyer announced his intention to expose the case to the competent public prosecutor’s office so that it can carry out the necessary checks.

Meanwhile, the commander’s defenders are waiting to know the decision of the Supreme Court on the appeal presented after the refusal of the review of the trial. A long legal battle that the commander continues to carry out in silence: he does not want to comment on the judges’ decisions and continues to benefit from permits for free release from the Rebibbia Roman prison where he has been detained since 2017.