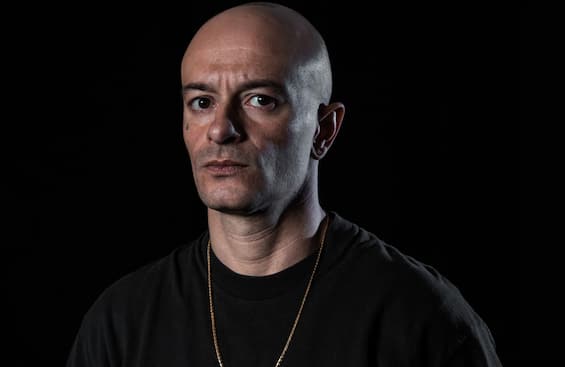 After the success of Spaghetti Unplugged throughout Italy, from 25 to 28 August 2022, Cous Cous Unplugged, a spin off of the well-known format directed and conceived by Davide Dose, will debut in Rome – in the north-eastern outskirts of Ottavia, Via Casal del Marmo 216 Giovanni Romano and Gianmarco Dottori: 4 days of music, meetings, open mic and talks to discover the new and historic Roman and Italian rap scene. Every evening two musical guests, one Italian and one of foreign origins, for a real mini-festival with free admission to explore the themes of interculture, life in the suburbs, the identity and improving strength of music and words. Concerts and open mic, but also writing workshops, creative workshops and ethnic aperitifs: going on stage in an animated and creative comparison of music, rhymes and words will be milestones

of rap like Chicoria and Amir Issaa, alongside artists such as Slava and West HMZ, Phedra and Rosa White, Charles Muda and Samia. Together with them Sabika Shah Povia, journalist with many television experiences, who every evening will stimulate them on the themes of the project, in an evening talk that will also become an audio-video podcast to investigate interculture in music and social production. To unite all the artists present is the link with the rap / urban scene. Every evening, a space also open to emerging people from the area and from all over Rome who want to demonstrate their rhyming and music skills: an open mic open to the new generation of the capital, according to the proven formula that made Spaghetti Unplugged a flagship project for launch and relaunch. of the Italian music scene of the last decade. Friday 26 and Saturday 27, at 6.30 pm, rap writing workshop by Aku and Amir Issaa: moment dedicated to creative writing, from the initial idea to the creation of a verse and then a complete piece. Rhymes, techniques and tricks (because rap… is a serious matter) and, for the little ones, “Words and Music in freedom” workshop for children aged 7 to 13 by Laura Aglietta, Sunday 28 August at 18.00. Every day at 9.30 pm to open the evening of Cous Cous Unplugged will be Sabika Shah Povia who, with the 2 guest artists of the following live showcase, will discuss the themes of the project. One artist is Italian and the other has foreign origins: does this matter? How and why? Following the concerts, every day at 22.15. It starts on August 25 with Slava and Lorenzo West. Slava, a rapper of Ukrainian origins who boasts collaborations with Frah Quintale today lives in Brescia; he was one of the first to tell the war in Ukraine through the testimonies received from relatives from his native country and published on social media. Lorenzo West, born in ’98, originally from Ottavia for Cous Cous Unplugged, will propose the sound of the north-western suburbs of Rome and will do the honors by telling us about his neighborhood, which hosts the event.

It continues on Friday 26 August with Phedra and Rosa White. Phedra, born in San Basilio, is known above all for the energy and communicative strength that she transmits during her lives, in her music you can feel all the influence of the Roman school of rap. Rosa White, artist born in ’91, shared the stage with artists such as Murubutu and Assalti Frontali, experimented with numerous collaborations (Fastcut, Er Drago, Suarez, YDFWN) and in October 2021 she performed with her song Come Me, guest of Propaganda Live with Diego Bianchi.

Saturday 27 August, the evening of Cous Cous Unplugged is dedicated to two milestones of Roman rap and beyond: Amir Issaa and Chicoria. Amir Issaa is one of the forefathers of Roman rap. Of Egyptian origin, he approaches Hip Hop in the early nineties, first as a breaker and then as a writer in the Capitoline crew The Riot Vandals. Among the founders of the legendary Rome Zoo, a collective that included names

historians of the Roman rap scene such as: Colle Der Fomento, Cor Veleno, Flaminio Maphia, Piotta, and many others. currently he is divided between musical and didactic projects with the “Power to words” project, which has led him to collaborate with schools and universities, both in Italy and in the United States. In 2021 his new book Rap Education is released.

Chicoria is a milestone of Italian rap. He takes his first steps in the late 90s in the streets of Rome as a writer, member of the ZTK crew. Already part of the hip-hop culture of the capital, he approaches rap when he meets the guys from ITP (In The Panchine) and TruceKlan. Over time he records many albums and participates in collaborations with leading artists of the scene. Some projects that are considered cult are mentioned, such as In the Panchine made with ITP, and La Calda Notte, a joint album with Noyz Narcos.

The closing night of Cous Cous Unplugged on Sunday 28 August is entrusted to Charles Muda and Samia. Charles Muda is the stage name of Carlo Barboni, a class of ’98 who grew up in sunny days in Monteverde in Rome, by parents who spent their free time playing or painting. In just a few months, his first recording work “POP ART” totaled over 100,000 streaming on Spotify and 70,000 views on Youtube, but above all he was able to attract the attention of the major newspapers in the sector. Samia, Roman, of Somali and Yemeni origins. It is said that as a child, as soon as she woke up, she got up and started singing and dancing, immediately making her passions and intentions understand her towards what she herself calls her “psychotropic drug for anxiety”, that is music. In October 2021 she enters the Leave Music roster and publishes a digital single of the songs “Volume Spento” and “Piove”. On December 15 she participates in the final of Sanremo Giovani 2021 with the song “Let me breathe”, written in collaboration with Francesco Cataldo who also takes care of the arrangements and production. Every evening, from 18.30 to 24.00, she also gives space to taste with ethnic and ethical proposals by Gustamondo, a project born with the idea of ​​proposing social integration through the “kitchen”. With the collaboration of some non-profit organizations, which already deal with difficult situations and marginalization, Gustamundo organizes ethnic dinners prepared by men and women from

most disadvantaged countries. They will be the ones who, becoming protagonists in the kitchen, will experience a moment of serenity and aggregation, allowing us to taste specialties from all over the world. Gustamundo will therefore be a “gastronomic port” where our migrant guests can stop and let us know better the culture and flavors of their land.