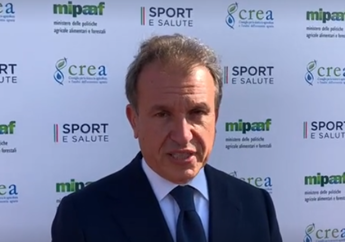 “The balance is extremely positive from various points of view. The Foro Italico has proven to be a magical place for sport, sport and health is investing a lot, from the land of tennis to the sand of beach volleyball, from taekwondo to water, becoming a large swimming pool. It is the home of major sporting events, of all sports ”. This was stated by Vito Cozzoli, president and CEO of Sport and Health, meeting the press on the sidelines of the European swimming championships at the Foro Italico.


“It is a great showcase for made in Italy, for the organizational capacity put in place with the swimming federation. President Barelli had the courage to organize a challenge in August, it was not easy, it was not trivial. We had sold out in several days, on the eve of August 15th, 50 thousand people at the forum, including the match and in these days people can attend the Olympic stadium with a tour of the stadium ”, added Cozzoli.

“At the Foro Italico the public was once again the protagonist, the Roman public is an added value, but the event attracted not only the Romans but also many tourists. After all, major events have the ability to be a driving force for economic development, let’s think about the induced activities for Rome and the tourist attraction, but also for sports, I too will be back to swim from September “, underlined the president of Sport e Salute which aims to work “more and more with federations, testimony to the dual soul of sport and health: social sport and the industrial dimension of sport, which is also growing thanks to sporting events. The Foro Italico can become the Silicon Valley of the Sport Industry “.

The transformation of the Pietrangeli stadium was a difficult but fascinating challenge. “The programming comes from afar, we built infrastructure for a cycle of events, and they had to be functional. Bringing water to Pietrangeli and on courts 1 and 2 was a huge challenge, we transformed a sacred tennis court into a pool for synchronized swimming, while on the old switchboard there is a 27 meter diving pit, a large success that they begin to envy us, I am receiving requests from those who organize major international events for the photos of the Pietrangeli ”, Cozzoli said.

“The future? The great challenge is to ensure that Italians do more sport, great events are the flywheel of sports practice, symbolic events for the promotion of sport but we also act in schools. Next year we would like to cover 2 million children, Italy is demonstrating great industrial capacity in promoting a further dimension in sport, witnessed by a huge sporting event, made in Italy is a winning brand “, concluded the issue. one of sport and health.