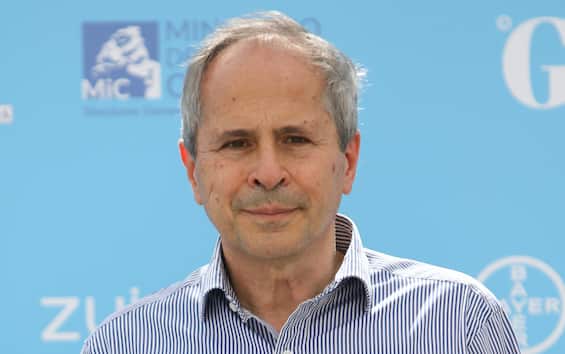 These are the words of the microbiologist in reference to the controversy that arose after the announcement of his candidacy for the Democratic Party in the European constituency. The tussle had already begun yesterday, carried out above all by the Center-right. Punctual, today, the reply arrived to the leader of the League, Matteo Salvini, who had expressed himself on the choice of Enrico Letta’s party

“I did not expect so much fuss but what I cannot accept is that my rigor and integrity are questioned, I cannot discount this, especially from people who have all their judgments wrong”. These are the words of the microbiologist Andrea Crisanti, guest of Sky TG24, referring to what happened after the announcement of his candidacy for the Democratic Party in the European constituency. “The Italians must reflect on this, because the mistakes made are the guarantee of the mistakes they will make”, he then added. (TOWARDS THE ELECTIONS, ALL UPDATES)

“If the social distancing measures had not been implemented on 8 March, the mathematical models clearly indicate that the number of victims in Italy would have been more than double what we have had”, said Crisanti, regarding the decisions taken. during the most delicate phases of the Covid pandemic and in reference to the controversies triggered after the announcement of his candidacy. “This is very easy to prove: just go to the various articles that have been published, which clearly demonstrate how the dynamics of the transmission of the virus were, what the mortality was and in the absence of vaccines what would have happened. But then, on the other hand, we have obvious examples: just look at what happened in Brazil with Bolsonaro ”, he argued again.

The controversy with Salvini

“Errors of assessment were not made only on Covid, just think of Salvini’s political position on Putin, today we would be on Putin’s side. I want to make the Italians reflect on what this person says, which cannot be erased with a swipe of the sponge. I think Italians should worry about the future, not so much about the past ”. This, then, the passage on the controversy that arose with the leader of the League, Matteo Salvini.

The brawl on the candidacy

The brawl over the microbiologist’s candidacy had already begun yesterday, after the announcement of the Democratic Party, fomented above all by the Center-right. “The viro-star today says: ‘I have been a member of the PD for six years’, until yesterday he was a virologist, a scientist, a super technician above the parties. Between him and Speranza, now we understand many things… ”, Salvini had written himself. Today the virologist’s dry reply: “Salvini? If we had been in his hands, there would now be 300,000 Covid victims instead of 140,000 ”. Many reactions from the Northern League. “No moral lesson from Crisanti who, while the League-led Regions were at the forefront of fighting an unexpected and unprecedented battle against a virus then unknown, was engaged in his TV show with purposes now known to all”, said Massimiliano Romeo, leader of the League in the Senate. The Democratic Party, however, took sides in defense of the virologist: “Whoever attacks Andrea Crisanti attacks the history and beauty of our community abroad. He, the son of a single mother, was able to study thanks to the financial help of an uncle who emigrated to America and knows very well the hardships of Italians abroad. This is why those who attack him scar the stories of our compatriots, showing that they have no respect for our country ”. These are the words of Lia Quartapelle of the Pd secretariat.