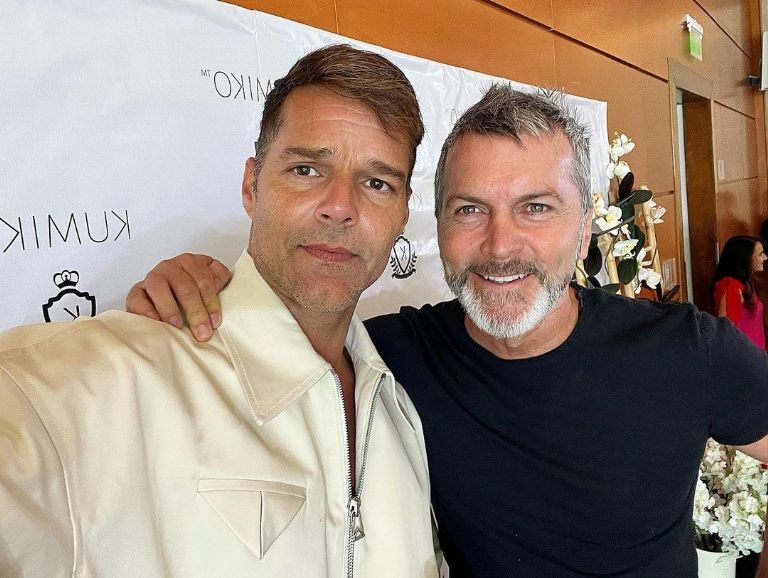 Christian Sanchez He had the opportunity that more than one person would want in this world. She coincided with Ricky Martin at an event and took a picture with the music star. The entertainer revolutionized Instagram after posting a carousel of images with the Puerto Rican singer Ricky Martin.

Ricky was giving a symphony concert at Quinta Vergara. “Here everything calm with Ricky Martin at the launch of a new Kumiko Chile product,” wrote the communicator along with the postcards he shared on his Instagram. However, what raised the number of comments on Cristián’s post was the mischievous message he received from a very special person

Diana Bolocco His wife commented on her husband’s beauty when he saw him next to one of the male beauty icons. However, she did not take sides with Ricky Martin as everyone would have thought, but in a very romantic way she chose her husband. The host and sister of Cecilia Bolocco commented: “My love. With all due respect to @ricky_martin, you are a thousand times better. Well, I have you a thousand times better! ”, She wrote to him, implying that the singer was no longer in his best moment and that the years were taking their toll.

This is how other users began to compliment Diana’s husband, Christian Sanchez, the communicator received many positive comments for his physicality. “I agree with Diana all the time, Cris gets better every day,” wrote one of the followers. But of course there were hate comments for Diana from fans of Ricky Martin:

“No ah doc your comment, ugly, besides your husband is only known here in Chile, Ricky everyone, and the most important in the event. Why do they always want to appear more than the rest? ”, Questioned a user.