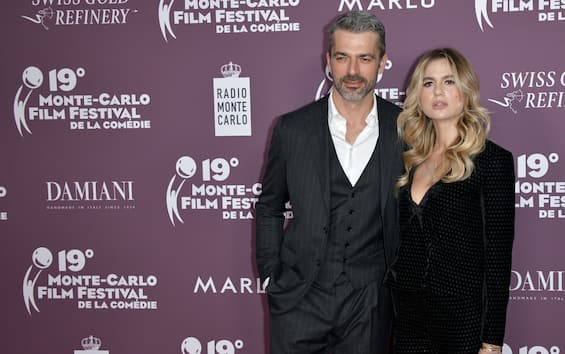 Cristina Marino And Luca Argentero they will still be parents. This was announced by the same actress on Instagram, showing a photo of her at sunset with her husband, her first daughter Nina Speranza, her tummy now evident.

“Me, you, Nina and a new light …” wrote Cristina Marino and Luca Argentero on Instagram, accompanying the caption with the hashtag “4 of us“. A way to announce to fans and friends the arrival of the second child after Nina Speranza, born in May 2020. best wishes and congratulations arrived under the post, including those of Chiara and Valentina Ferragni, Beatrice Valli and Costanza Caracciolo. In July, in an interview with Confidenze, when asked if she liked it enlarge the familyMarino had replied “We would like”, without revealing that, presumably, he was already pregnant.

Luca Argentero and Cristina Marino are in love in 2016 during the filming of the film Caribbean holidays and they got married in 2021 in great secret in Città della Pieve, in the province of Perugia, in Umbria, where they live. “Umbria for me is a magical land. Luca and I spend a lot of time here, in the countryside, where we have a house. Both of them we love contact with nature and we like to dedicate ourselves to our small garden ”Cristina Marino revealed to Confidenze a few months ago. “We first saw each other on set and I knew immediately that he was a nice guy, one who always sees the bright side and loves to take care of others. Plus, we had it like that many things in common who has become my best friend ”the actress and entrepreneur had also told. The two actors have always been very reserved, so much so that they never wanted to share the face of the eldest daughter. “People don’t know how to dose words and I don’t want it to become a bar topic,” the 31-year-old revealed, lashing out harshly at some newspapers that had published images of the little girl’s face without their approval.