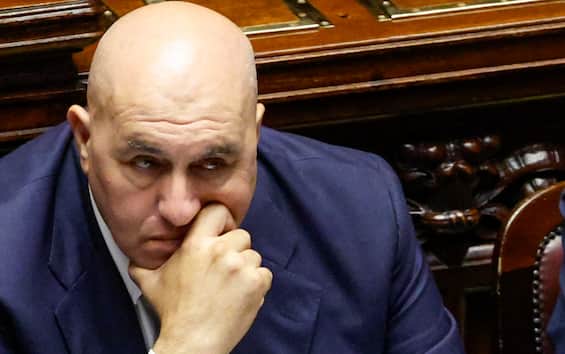 The defense minister specifies: “Everything that has been sent to 360 degrees in recent months, not just military aid, was deliberated on the basis of five decrees defined by the previous government”. And he attacks the leader of the 5 Stars: “He is fueling hatred towards natural persons”

“All that this government is doing towards Ukraine is implementing the decisions of the Draghi executive, whose coalition Conte led the largest party”. Thus, in an interview with Corriere della Sera, Defense Minister Guido Crosetto comments on the government’s decision to send arms to Ukraine. And he specifies: “Everything that has been sent to 360 degrees in recent months, not just military aid, was deliberated on the basis of five decrees defined by the previous government”. (THE LIVEBLOG ON THE WAR)

From here, the jab at the M5S leader Giuseppe Conte starts: “Legitimate that he passes from arms supplier to convinced pacifist and it is also legitimate that he looks at the polls to decide to change his mind”, but not that he uses “violent epithets against natural persons who have the sole fault of representing the state. It is like indicating to a violent and antagonistic part of society the names and surnames of targets to hit”. “Conte – he adds – is too intelligent not to understand that he is fueling hatred towards natural persons”.

“There are no problems when sending weapons with FI and Lega”

When asked if Berlusconi and Salvini are holding back on the sixth shipment of arms, Crosetto replies no and specifies that he has not “spent a single minute yet preparing the sixth decree” and then that “the political line indicated in the majority motion approved on Wednesday is very clear , there are no problems with FI and Lega”. “No one – he adds – wants to send weapons, we all want the war to end. Those who have sent weapons in recent months have done so and will do so to force whoever started the war to sit down at a table”. Russian Minister Lavrov said Italy trained Ukrainian soldiers. It’s true? “Never did any activity in Italy – he replies -. We have only sent 4 people to Germany in the European group, which is currently planning training in the future”.