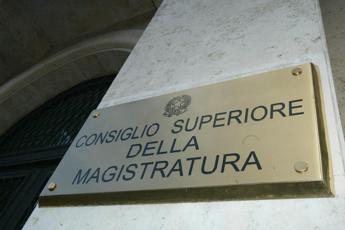 Fratelli d’Italia tries again with Felice Giuffré. The joint session of Parliament for the election of the tenth lay member of the CSM, initially scheduled for next Tuesday, has been brought forward to tomorrow, at 2.30 pm. The full professor of public law in Catania will be the only name in the running.

Yesterday, after the withdrawal of Giuseppe Valentino, Giorgia Meloni’s party indicated the Sicilian lawyer Giuffrè as a candidate, who however failed to reach the quorum of three fifths of the members of the assembly, or 364 preferences.

The Melonians, therefore, insist on Giuffrè. Center-right parliamentary sources underline the political opportunity to close a delicate game in advance, thus avoiding further fibrillation within the government majority. A choice probably seen favorably by Colle who naturally hopes that the CSM in the new composition will be able to fully perform its functions as soon as possible.

In via della Scrofa the role of vice president of the CSM (imagined at first for Valentino) has not yet been discussed, but there are those who are betting for this position (which will have to be approved by the professional officers) on Daniela Bianchini, university professor and member of the Livatino study centre.