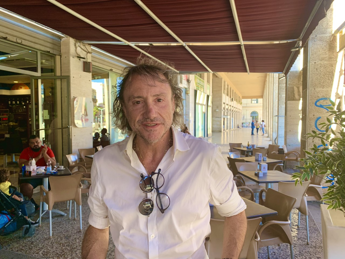 “I am not against the currents, but I expect from the new CSM an awakening of the judiciary as an independent governing body, detached from any external conditioning. The most important thing is to turn the page and restore credibility to the judiciary. The time has come to look. beyond the currents that have played a fundamental role and to which I myself have referred “. Gregorio Capasso is the Procurator of Tempio Pausania, a small prosecutor in the heart of Gallura, in Sardinia, which has decided to run as an independent candidate for the Higher Council of the Judiciary. After having toured all of Southern Italy in recent days, he also came to Sicily, dividing himself between Palermo and Agrigento. “I wanted to go and see the courtroom dedicated to Judge Rosario Livatino”, he says in an interview with Adnkronos. On 21 September, to coincide with the 32nd anniversary of the killing of the ‘child judge’ Capasso will inaugurate the conference room of the Court in Tempio Pausania, with the participation of the Attorney General of Cagliari, Luigi Patronaggio. “Memory is very important …” he says almost in a whisper. In Agrigento, Capasso also met with some magistrates of the Court, from the acting Prosecutor Salvatore Vella to other judges. “It was a beautiful meeting … as well as interesting”, explains the magistrate. While a few hours later he participated, but only on Teams, in the meeting with the Palermo district. “I was able to see the Palermo court only from the outside …”, says the magistrate, sitting in the Sanremo bar a stone’s throw from the Courthouse.


But because Prosecutor Capasso, who represents the indictment of the trial of Beppe Grillo’s son, Ciro, and his three friends, accused of the alleged gang rape of a 19-year-old Norwegian-Italian student on the Costa Smeralda, has decided to run for the High Council of the Judiciary? And then as an independent. “The candidacy stems from the fact that we are in a particular historical moment – explains Gregorio Capasso – The currents up to now have played a fundamental role but in this moment we need to go further. It is a historical and cultural fact”. And he adds: “I hope that the new CSM is made up of ‘independent’ magistrates, of whatever cultural background they are, who represent the entire judiciary. It is important that they are competent magistrates, who have courage, passion, and who raise their heads to the entire category “. For Capasso, the CSM must be “the house of the magistrates”. A “transparent house of glass”.

But who is Gregorio Capasso? Born in Naples on 18 September 1963, he was appointed magistrate in 1989, carrying out an internship as an auditor at the Court and the Public Prosecutor’s Office of Rome.

Subsequently, in March 1990, Gregorio Capasso took up his duties at the Crotone Public Prosecutor’s Office where he remained until December 1993. Capasso worked for a period at the Palmi Public Prosecutor’s Office and was subsequently transferred to the Public Prosecutor’s Office of Republic of Latina, where he carried out his functions for over 20 years. In July 2018 he was appointed Attorney of the Republic at the Court of Tempio Pausania, where he currently carries out his functions. “I have gained considerable, specific experience in the prosecuting sector by carrying out the functions of PM uninterrupted from March 1990 to today, over 33 years – he writes in his curriculum – in different judicial realities such as: Crotone, Palmi, Rome, Latina and from 23/19 07/2018 to date Tempio Pausania.

The magistrate recalls that at the moment “there are 1,600 magistrates in Italy” and “competitions are not enough”. That’s why, at the moment “the only solution is to better distribute resources”. He prefers not to talk about the Cartabia reform, but underlines that it is “undeniable that there are parts of the justice reform that affect the internal and external autonomy of the judges”. But he reiterates several times that “the most important thing at the moment is to restore credibility to the judiciary”. Although the structural problems in his office are not lacking. “I do not have an administrative manager – he explains – and I am forced to do a job that does not belong to me. I have an administrative staff reduced to the bone, a few days ago, after 4 years, two officials finally arrived, but the territory of the Tempio Pausania Public Prosecutor’s Office is very vast, far too large “. The pm is also missing. “I’ve always worked with 50 percent of the workforce,” he says. “Three new young magistrates should arrive at the end of the year, who should alleviate our discomforts,” he explains.

‘Being elected means representing the entire judiciary regardless of current’

Then, speaking of his experience as a magistrate Capasso, he says: “I have been an investigating magistrate for 34 years, I have been in numerous districts, I have traveled around Italy and I have carried out very important trials; being elected to the CSM means for me to represent the whole judiciary, regardless of current “. But why should his colleagues vote for him on Sunday and Monday? “Because I am an independent candidate – replies Capasso – and I really am …. And because I would like a CSM close to the magistrates and close to the territories, in this historical moment I feel a disconnect between the self-governing body and the base of the magistrates, especially those young”. Then, he remains silent for a moment, and adds: “And I am not subject to external powers. I know all the criticalities of the offices and I could intervene with the right knowledge and experience”.

And if he were to be elected to the CSM, who would represent the prosecution in the future in the trial of Grillo Junior, which resumes next September 21, with the deposition – among other witnesses – of Beppe Grillo’s wife, Parvin Tadjk? “The prosecutor’s office is impersonal – Capasso replies – It is not important that there is me or another, the important thing is that the office is represented in the best possible way. Those who go to the audience know how to do their job and will be adequately supported. I would leave the prosecution in such a condition as to be able to enter the trial. This is certainly not a problem … “. Capasso looks at his watch. It is very late, he is waiting for him on the plane that takes him to Rome and then goes to Bologna and continues his ‘electoral campaign’. And on 21 September the trial of Grillo junior and his three friends accused of gang rape resumes. (by Elvira Terranova)