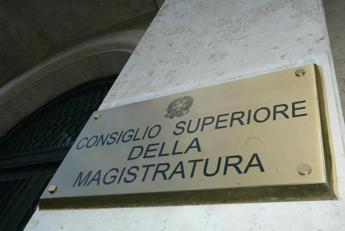 Meloniani surprise: “Giorgia in the dark about everything”

Bitterness mixed with anger and surprise. Above all, much surprise for what happened yesterday in the Chamber on the occasion of the election of the ‘laymen’ of the CSM. With this state of mind Fratelli d’Italia tries to analyze the Valentino case, which caused Via della Scrofa to fibrillate with the forced step back of its leading candidate, Giuseppe Valentino, in pole position for the vice presidency of the guarantee body of the autonomy of the judiciary. Approached in Transatlantic, in Montecitorio, the Melonians willing to speak apretis verbis can be counted on the fingers.

We are amazed, how is it possible that a gentleman jurist and expert lawyer like Valentino didn’t know anything? a big man wonders half-heartedly. Giuseppe would never have exposed himself if he had known about this investigation, is the unanimous chorus. The current president of the AN Foundation, in fact, would be investigated by the Reggio Calabria prosecutor’s office. They say that Giorgia Meloni was in the dark about everything and she would have been surprised. Also because no one in via della Scrofa would have ever imagined such an outcome.

Raise your arms Riccardo De Corato, historic exponent of MSI, 55 years old on the right, in Parliament since 1994, who knows the former Undersecretary of Justice of the Berlusconi government very well: “I have known Giuseppe for 30 years. The worst thing is that they have muddied a respectable person without knowing anything. Valentino was not informed, in your opinion is this normal? Never would a renowned criminal lawyer and a fine jurist like him have ever exposed himself like this, if he had known something “, insists De Corato, who returned to the Fdi deputy at the latest policies.

In the Fdi house there are those who criticize themselves and take it out on those who ‘signed’ the agreement and then blow up the bank at the last moment. Maybe there was too much superficiality or too much self-confidence on our part, a Melonian lets slip, aware of the mess created in the majority, who really doesn’t like the accusation of amateurism.

As happens in these cases, someone has begun to suspect the loyalty of the allies too, in particular of Forza Italia, or at least a part of the Azzurri, with the poisoned tooth for some ‘precedents’, such as the Mangialavori case. “I think it was an accident”, assures Adnkronos the blue group leader in the Chamber Alessandro Cattaneo who denies rumors of ‘friendly fire’, recalling however that ”when the mud machines are set in motion they always hurt everyone. Unfortunately, even in the recent past, in the composition of the government, it was valid for us. Now it’s sorry when it applies to others, we should keep the values ​​of guaranteeism firm”.

Now in the eye of the storm, Valentino is ready to defend his “honor”: “I’m under investigation? I know nothing, I’ve never received anything, I don’t know if I’m being investigated or what is being disputed about me”. These are “shameful shovelfuls of mud”, but “I immediately took a step back”, explains the Calabrian criminal lawyer to Adnkronos, because “the function is too important” and “I could not take any risks”.