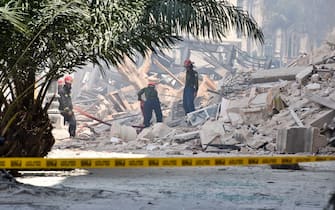 A strong one explosion, probably due to an accident that occurred during the transfer of liquid gas, it destroyed the main facade of the Hotel Saratoga in Havana, Cuba. Completely destroyed the first four floors of the structure, which is located in the center of the Cuban capital. There would be at least eight deadaccording to a local manager

WATCH THE VIDEO: Explosion in a school in Kabul, dead and injured

The Havana government reports that there are also 30 wounded

In some videos shot by passers-by, bodies are seen in the rubble

Naples, investigation of an explosion in Ponticelli

The executive, in a statement released on Facebook, spoke of “serious damage”

The five-star, 96-room hotel was undergoing renovations. Several vehicles in its vicinity were destroyed by the explosion