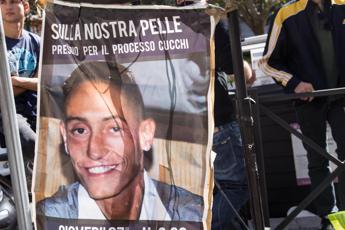 Alessio Di Bernardo and Raffaele D’Alessandro convicted of intentional murder, will go to prison. Ilaria Cucchi: “Put an end to it, Stefano was beaten to death”

Cucchi case, the Supreme Court sentenced to 12 years, one year less than the appeal sentence, the two carabinieri Alessio Di Bernardo and Raffaele D’Alessandro, accused of manslaughter in relation to the beating and death of Stefano Cucchi. This was decided by the judges of the Fifth Criminal Section of the Supreme Court after a 5-hour council chamber. The prison doors will open for the two convicted carabinieri.


For Di Bernardo and D’Alessandro, the supreme judges recognized the first degree sentence of the Court of Assizes of Rome that had sentenced them to 12 years as valid.

There will be a trial of bis appeal for the crime of forgery against the Roberto Mandolini carabinieri and for Francesco Tedesco, sentenced on appeal to 4 and 2 and a half years. This was decided by the Supreme Court, but for this crime the risk of prescription is imminent, in May.

“The judges realized that the approach of the Prosecutor’s Office implemented by the two judgments of merit clashed with an insurmountable fact: Mandolini would have committed the forgery on the night of Cucchi’s arrest but at that moment there was nothing he did to think that his health conditions would worsen until his death. What reason did he have that night to cover up the two carabinieri? So much so that he had acknowledged the presence of the two in the search report at Cucchi’s house. It makes no sense to think that that evening he wanted to cover the two carabinieri “, he told Adnkronos the lawyer Giosuè Bruno Naso, defender of Mandolini. On the prescription risk that hangs over the crime of forgery, Naso explains: “We are thinking about giving up the prescription but first we will read the reasons”.

“It is a sentence that will allow to align the procedural data to the real one and that will allow to give complete justice to Tedesco. We are now waiting to read the reasons “. So at Adnkronos the lawyer Eugenio Pini, defender of the German carabiniere. German is the soldier who with his statements shed light on the beating. German, his defender said, “was happy to hear the news”.

“At this point we can put an end to this first part of the trial on Stefano’s murder. We can say that he was beaten to death, what justice has been done to those who took him away from us. I have to thank many people, my thoughts at this moment go to my parents who got sick of all this and cannot be with us, goes to my lawyers Fabio Anselmo and Stefano Maccioni and a big thank you to Dr. Giovanni Musarò who brought us so far, he said Ilaria Cucchi after the sentence. “Justice has finally arrived after many years at least against those who beat Stefano causing his death.” These are the words of Rita Calore, Stefano’s mother Cucchi, reported by his lawyer Stefano Maccioni.

“These eyes have finally seen Justice. Stefano Cucchi was killed by the two carabinieri who arrested him on the night between 15 and 16 October 2009. We dedicate this sentence to the coroners Arbarello and Cattaneo who spoke of a probably accidental fall and minor injuries. Now those responsible for Stefano’s murder will be jailed “. So in a post on Facebook the lawyer Fabio AnselmoIlaria Cucchi’s lawyer, after the sentence.