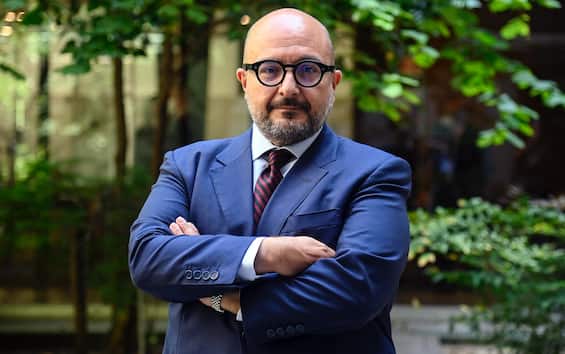 The minister said he wanted to “open material and immaterial culture to the participation of all Italians, who must feel they are the heirs of a great tradition.” On the subject of free museums, he commented that Italy is “too generous” and asks “Can’t a US billionaire spend on admission to Pompeii?” Finally, he hypothesizes “new calls for young people in museums to increase the now undersized organic plant”

“My dream? To make today’s Italians feel equal to their past.” The Minister of Culture Gennaro Sangiuliano, interviewed on Sky TG24, explained that he wants to “open culture to the participation of all Italians, who must feel heirs of a great tradition, that of the Renaissance, of Humanism, of the Greco-Roman world, I am also thinking of law. In addition to the material culture there is also the immaterial one that we must revive, literature, poetry, law. I dream of returning to bring out all this in a path to be built stone by stone, trying to produce results. Among his personal dreams, the minister also mentioned the restoration of Palazzo Fuga in Naples, “a very important work that has been abandoned for many years”.

Sangiuliano: Italy is too generous with free museums

“On museums I think Italy is too generous”, continues Sangiuliano. “We already have the first Sunday free every month as today. The Louvre costs 17 euros, the Moma in New York that was previously free today costs 25 dollars, the Tower Eiffel costs more than the tower of Pisa, which I personally prefer. To see the American billionaire get off the 100 million dollar yacht, as it happens to me during the summer on vacation in Positano, and in a limousine to see them go to visit Pompeii, an archaeological park unique in the world , I would say 17.50 euros they can spend “, said the Minister of Culture speaking on the topic of free museums. “Already we do not charge all the young people of the European Union up to the age of 18, then from 18 to 25 they pay two euros, a fairly ridiculous amount, then as it is right and sacrosanct they do not pay the disabled and then there is a system of conventions for the elderly and with the municipalities, I would say that we Italians are already very generous “.

Sangiuliano: I hypothesize new calls for young people in museums

Minister Sangiuliano then added that “the staff of museums is currently underpowered compared to organic plants, something is already changing: there was a competition of 1052 units almost all hired, another 500 arrived from the placement lists and I hypothesize new ones competitions to be announced and fixed-term recruitment for the PNRR. My commitment is to bring back or at least greatly increase the organic plant of museums by focusing above all on young people, who are digital natives and who have an important education from our universities superior to other countries ” .

Sangiuliano: culture will become fundamental for the Italian economy

“Culture is a sector of the country’s economic driving force, from culture we can draw additional points for GDP, culture can become an industry in the country’s economy and make a fundamental contribution as it has done so far but to an infinitely less than potential”, he said. reiterated the minister Gennaro Sangiuliano. “We get around 240-250 million euros a year from museum tickets, according to pre-pandemic data, I am convinced that we can increase, perhaps double these revenues which we can then reinvest for the maintenance, protection, services with an effect multiply of the entire cultural system of the country. Italy – he stressed once again – is the first cultural superpower in the world. Our country due to the ‘fortune’ of its history – he added, quoting Machiavelli – had the presence and the passage of amazing civilizations such as Magnagrecia, the Romans, the Arabs in Sicily, the Phoenicians and so on, living great eras such as the Middle Ages, the Renaissance, the twentieth century itself that generated the experience of Futurism, for example, we had a endless number of artists. For all this heritage we are unique in the world. Last Sunday I visited the Borghese Gallery to do a ‘review’: in a few meters there were works by Tiziano, Bernini, Canova, Caravagg me, nowhere else does it happen. For all this – he concluded – culture must become an additional economy to the country’s economy, so important as to produce GDP for the whole of Italy “.