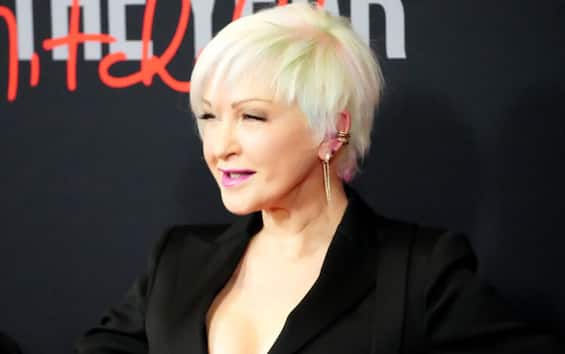 Exceptional entry into the cast of the Amazon series The Horror of Dolores Roach. The American magazine Variety, in fact, has announced that also Cindy Lauper will take part in it. There is a lot of anticipation around the new product of the American giant, which still does not have a release date but which is already doing a lot of talk for the issues that it has been announced that it will address. In fact, The Horror of Dolores Roach is a series based on a podcast which in the United States has been a great success: no frills and no artifacts, just an urban legend story that has captured the attention of millions of users. The product made by Gimlet in 2019, with the support of Spotify and GloNation Studios, has teased Amazon, which in 2020 decided to buy the rights. The podcast was created by Aaron Mark and was initially set up as a long serial monologue entrusted to the voice of Daphne Rubin-Vega.

The plot of the series The Horror of Dolores Roach

The plot explores the story of Dolores Roach, a woman who for 16 years was locked up in prison and that, when she comes out, she suddenly finds herself thrown into a megacity like Washington, totally different from how she left it, in a gentrified area with only $ 200 in her pocket. Dolores does not have a family, she does not have a boyfriend: she is left alone in the world and the 16 years of absence from society, lived between the bars of a prison, have amplified this condition. Her apartment has meanwhile been occupied by a group of strangers and so she is forced to join her friend Luis, who will offer her hospitality and human warmth. At that point, the road seems to be the right one for Dolores but the woman does not know that, around the corner, there are new pitfalls. Her life with Luis leads her to have a symbiotic bond with the man which leads him to externalize hers particular preferences. In the meantime, however, Dolores has started working as a masseuse in her friend’s basement but here, the various vicissitudes that are created, the woman is forced to a trail of strangulations to be able to survive. Cindy Lauper has been entrusted with the role of Ruthie, a mask of a Broadway theater: she and Dolores Roach will meet by chance and Ruthie will interfere with the woman’s already troubled life, causing her further problems.

The cast of The Horror of Dolores Roach for Amazon

The role of Dolores Roach was entrusted to Justina Machado, which rose to the altars of success after interpreting One Day at a Time, which also allowed her to win two Imagen Awards for interpretation. In addition to her and Cindy Lauper, as anticipated by Variety, Alejandro Hernandez, Kita Updike, K. Todd Freeman, Marc Maron, Jean Yoon, Judy Reyes, and Jeffery Self will also take part in the Amazon production.