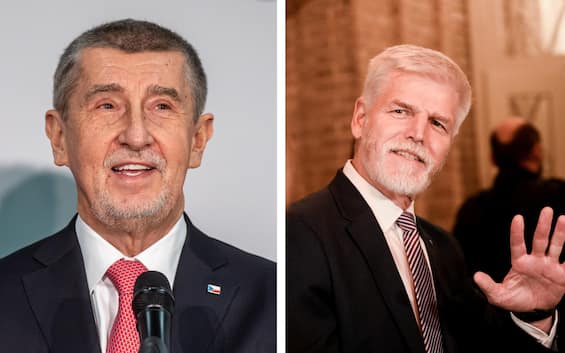 The ex prime minister or the ex general: this is the choice to which the Czechs will be called in the presidential ballot in 15 days, which today saw Andrej Babis and Petr Pavel affirm themselves in the first round. Instead, the only woman who had presented herself among eight candidates in the running was defeated. Babis and Pavel challenge each other in a real head-to-head: with the advantage for the whole time of the ballot, the former prime minister and leader of the party Ano was overtaken by Pavel shortly before the end, when the votes of the big cities were counted . After 100% of the seats were counted, Pavel obtained 35.39%, and Babis 35%.

Former General Pavel: rules and transparency with me

“I am looking forward to the second round. I like challenges,” said the former Czech army general. “In the second round we will see whether the voters vote for chaos, lies and populism or change, rules, transparency and keeping promises,” he added. Petr Pavel, 61, was chief of staff from 2012 to 2015 and number two of NATO, as chairman of the military committee from 2015 to 2018, when he then retired. Today he supports the permanence of the Czech Republic in the EU and NATO and military support for Ukraine. And he is very harsh on outgoing president Milos Zeman, whom he accuses of having degraded the office of head of state. Instead he is reproached for his past: in 1985 he joined the Communist Party of Czechoslovakia, which he himself described as “a mistake”. In 1988-92 he attended the training course in the communist military services. That he prepared agents to infiltrate NATO countries. Pavel is convinced that he has made up for that mistake by working for the Czech Republic for 30 years. Also supporting him in the second round will be Danuse Nerudova, who finished today in third place, Pavel Fischer, the senator who finished fourth and Marek Hilser, another defeated candidate. “Babis is a great evil for the country. He owns the media, the party, now he also wants to become the owner of Prague Castle. We have to stop him,” Nerudova said.

As for Babis, he said he was “very happy, we have achieved an important result”. And “I’m sorry to be considered bad,” she added, enumerating the successes of his government and calling Pavel an “agent of the Communist secret services.” “I am amazed that anti-communist cities like Prague and Brno voted for him. An agent of the communist secret service now rules Russia,” he said. Sixty-eight years old, Babis is an economist of Slovak origin, a billionaire, founder in 1992 of the largest agro-chemical-food holding Agrofert. In 2011, he entered politics by founding the populist movement Ano (Dissatisfied Citizen Action). In 2013 he was elected deputy and acquired Mafra, the largest Czech publishing group. In 2014, he became first deputy prime minister and finance minister. After winning the 2017 parliamentary elections, he was appointed prime minister of a Communist-backed minority government. After the defeat in the 2021 parliamentary elections with his movement, he ended up in opposition. With his slogans “Babis helps people” and “Life was better under Babis”, the former prime minister still convinces a third of Czech public opinion. In spite of his past as an agent of the notorious communist police Stb, of the accusations (and in any case closed in an acquittal) of fraud of European money, and of his involvement in the Pandora Papers case. In the first round Babis got the side of the outgoing president Milos Zeman.