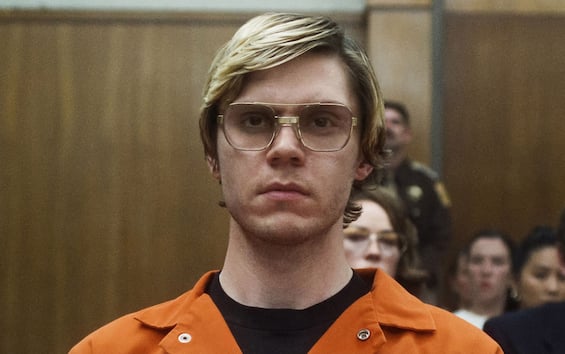 The Netflix series dahmerfocused on the brutal and shocking events of serial killers who killed numerous boys between 1978 and 1991, was a great success with the public, but also raised several controversies. Evan Peters as the titular character (“the Milwaukee Monster”) he has proven to be a fine actor, although this is not his first time playing psychopathic and dark characters. Just think of his success in the series American Horror Story. In the posted video on Instagram, Peters breaks down with Ryan Murphy and colleague Glenda Cleveland la sandwich scene that has left its mark between the various episodes of Damher.

The sandwich scene according to Murphy

In a scene of dahmer we see the protagonist who hands Glenda Cleveland a sandwich, his neighbor played by Niecy Nash. The public can easily guess that there is a sandwich inside is human flesh, given the “habits” of the killer. “My favorite Evan and Niecy scene is the sandwich scene, because when we wrote it, it felt like it was supposed to be a Shakespearean moment. Dahmer apparently does this to a lot of people a lot, but the reason I like this scene is because I think Niecy and Evan both thought, OK, let’s do this! And the first take went well, so you can feel the tension they built together: it comes strong to the viewer,” says Murphy in the video.

“I remember it was difficult to shoot that scene, because it was a layered scene. I tried to imagine what Dahmer would have done at that moment, why he would have acted that way, what was the purpose of the game. Obviously he wanted Glenda to backtrack on her, but at the same time he thought he would have acted differently than her and wanted to punish her. He’d found out before he got into her house that he’d been evicted and had essentially hit rock bottom, so he wanted to let loose,” Peters commented recalling that scene.

What does actress Niecy Nash think

“I thought Niecy wasn’t prepared for that confrontation. She didn’t stay in the house thinking: ‘he will come at 3.00’. When she knocks on her door and enters her house she thinks, ‘I asked for it. Now I can ask him everything.’ But at the same time she’s scared, she’s scared of dying but she doesn’t want to show it. She feels as if everything is about to come to light, until he leaves and closes the door behind him. There he starts breathing again. Inside, Glenda is a very vulnerable woman, even if she tried to hide it ”, points out the actress rewatching the sandwich scene in the video.