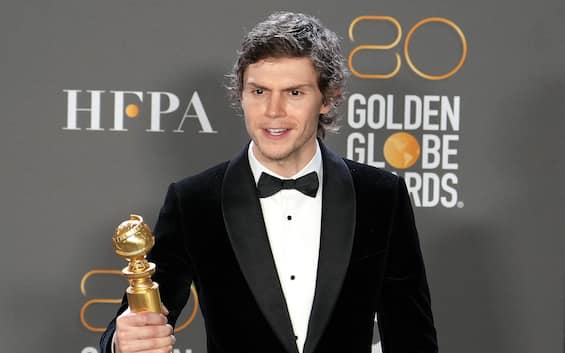 The TV series is out on Netflix Dahmer – Monster: The Jeffrey Dahmer Story he had already made a lot of talk about himself, feeding several controversies focused mostly on whether or not it was right to tell the story of such a negative and questionable character as if to celebrate his work instead of condemning it. A few days ago Evan Peters has been awarded for his portrayal of the series lead at the 2023 Golden Globes and the spotlight has once again turned on dahmer. In particular the mom of one of the Milwaukee serial killer’s victims shared hers dissent on social media for the actor’s victory.

Shiley Hughesmother of Tony Hughes, one of the 17 men murdered by Dahmer between 1978 and 1991, has criticized the Hollywood Foreign Press Association’s decision to award Evan Peters for his role in the TV series Dahmer – Monster: The Jeffrey Dahmer Story of Netflix (also visible on Sky Q and via the app on the Now Smart Stick). “There are a lot of sick people in the world,” the woman told TMZ immediately after the ceremony. “And people who get roles playing assassins they keep the obsession alive, and this makes sick people thrive on fame.” In fact, the success of the TV series has collected several episodes of fanaticism and emulation of the serial killer in question. Suffice it to say that last Halloween one of the most popular disguises was that of Dahmer.

‘Peters did not pay tribute to the victims’

Hughes pointed out that Evan Peters did not pay tribute to Dahmer’s victims during his speech on stage of the 2023 Golden Globes ceremony. According to the woman, the actor should have at least mentioned their grieving families still today and used that occasion to suggest that Hollywood stop celebrating the killers by telling their stories on the big screen. “It’s a shame that people can make money from our tragedy,” Hughes said. “The victims have never seen a penny. We experience these emotions every day.”

Who was Tony Hughes?

Peters, receiving the Golden Globe for his role in dahmer, thanked friends, colleagues and his family adding at the end: “I sincerely hope that something good has come out of this series.” Shiley Hughes had previously made herself heard by telling The Guardian that the story had not gone as it was told by Ryan Murphy and his team. Son Tony Hughes was deaf and an aspiring model aged 31 when he was shot dead in 1991. He is mentioned in the sixth episode Of dahmer which explores the boy’s relationship with Dahmer after a meeting in a bar. Among the families of the victims, Rita Isbell, sister of Errol Lindsay, also wrote to Insider that she had not been contacted by the production of the series even though Murphy said she had tried to involve them but no one was available.