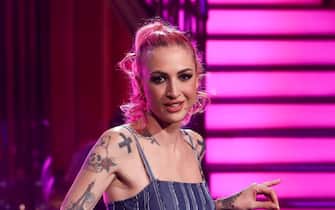 Not everyone knows the real name of Ema Stokholma is Morwenn Moguerou. She has so far been one of the most popular protagonists of the 2022 edition of dancing with the Stars and is on course for victory

Dancing with the stars 2022 edition: all the contestants and the cast of the program

Alessandro Egger started with the disadvantage of not being one of the best-known protagonists but, beyond his beauty, the public discovered a very interesting boy

Dancing with the stars, Montesano out for a t-shirt that evokes fascism

Alessandro Egger and Tove Villfor are one of the most beautiful couples of all editions and although their path has not been easy, they managed to reach the final

Marta Flavi, from “Marriage agency” to “Dancing with the Stars”

Dancing with the stars 2021, here is the cast of competitors. PHOTO

The best TV series to watch in December 2022. PHOTOS

Gabriel Garko needs little introduction: he is one of the most beautiful and loved Italian actors, who has decided to get involved with this new television challenge

Gabriel Garko celebrates 50 years and 30 years of career. THE PHOTOSTORY

Iva Zanicchi is undoubtedly one of the most histrionic women of the Italian show business and she has proved it once again, despite the controversies with the jury of the program

Iva Zanicchi, photostory of the singer

Samuel Peron is one of the most expert instructors in the program and he was entrusted with the difficult task of guiding Iva Zanicchi: in the end, after the repechage, we can say that the mission was successful

Rosanna Banfi carries an important surname on her shoulders but the public has learned to appreciate her for the strength shown in the struggles that life has put before her and for the difficult moments she has been able to overcome, always with a smile

Luisella Costamagna has a reputation as a steely journalist and not everyone thought she was capable of dealing with a pop program: instead she demonstrated a great spirit of adaptation and a desire to have fun

Together, Pasquale La Rocca and Luisella Costamagna formed a couple capable of great improvements during the programme, which the public rewarded with the final