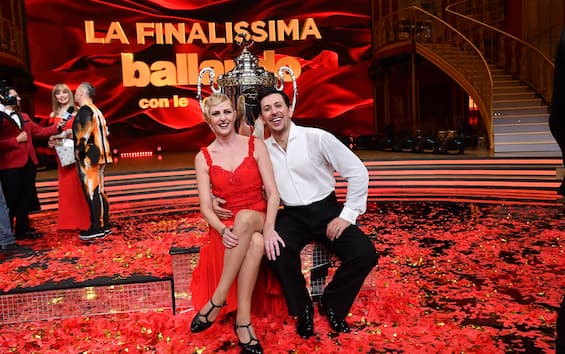 On Friday 23 December Milly Carlucci decreed the winner of the 2022 edition of Ballando con le stelle (All the contestants and cast of the show). The dance show with Paolo Belli, which for the last episode was aired on the day before Christmas, crowns the king and queen of the competition: the couple Luisella Costamagna-Pasquale. In the grand final, which ended around 1.30 am, the winners, drawn in the previous episode, challenged the model and actor Alessandro Egger and the dancer Tove Villfor, who finished second. In third place were the Italian-French presenter and DJ Ema Stokholma and the dancer and choreographer Angelo Madonia, a couple in real life too. Fourth classified Alex Di Giorgio and Moreno Porcu. The professional swimmer and the teacher were the first two men, both openly gay, to dance together on the show. The ranking is the result of the vote of the technical jury led by Carolyn Smith, supported by Guillermo Mariotto, Fabio Canino, Ivan Zazzaroni and Selvaggia Lucarelli, and of the public from home, who expressed themselves directly on the official social media profiles of the broadcast.

The winning couple, made up of the journalist and TV presenter and the maestro La Rocca, dancer and choreographer making his debut in ‘Dancing with the Stars’ in Italy but already winner of the editions of the show in Belgium in 2019 and 2020 and Ireland in 2022, was was fished out on 17 December last. Costamagna was injured during rehearsals and from the second episode she was forced to dance with a knee brace. In the live broadcast of last October 29, the two had decided to delay, given that Costamagna’s physical conditions did not seem to improve. The couple, incited by the public and encouraged by the good results of the jury, held out until November 12, when the journalist, on crutches, announced her intention to withdraw. The rules of the show then allowed the two another chance and the repechage. In the last episode, the ‘Aiello’ prize was also awarded to the couple with the highest number of play-offs, the one formed by Dario Cassini and Lucrezia Lando.