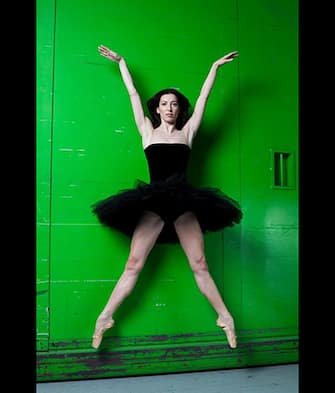 Mara Galeazzi, former Principal of the Royal Ballet of London, is Ida Rubinstein in “D’Annunzio’s Secrets”, staged at the Vittoriale degli Italiani on Sunday 31 July at 8.30 pm. “She was a rich woman, capable of hypnotizing men, bold and tenacious. She had very clear and futuristic ideas and in this I find myself a bit. I also like to discover new things and move forward” she tells Sky Tg24

Ida Rubinstein was a dancer, an idol and an Amazon, but above all a patron of herself and her friends. For her, her dance was an opportunity to express her femininity. “Ida frequented many men, such as D’Annunzio, Debussy and Ravel and was hypnotized by Nijinsky. They are all characters around whom the show conceived by Aurora Marsotto and Matteo Levaggi revolves” explains Mara Galeazzi. And she adds: “Ida especially loved young men and she really liked dressing up. For this reason there will be a sort of small atelier on stage”

To take care of the costumes of the show Federico Sangalli, who recreates the essence of the twentieth century and Liberty bringing everything to today. “The whole show refers to the past but is set in the present. Everything is very contemporary, from the costumes to the style of movement. The costumes you will see are perfectly suited to every role” observes Mara Galeazzi

“Ida Rubinstein was very fond of acting and this is another element we have in common. I have always danced but I have always had a passion for acting as well. . It’s a new world that I really like. Cinema? If there was a possibility I would accept it immediately “confesses Mara Galeazzi.

“This show explores D’Annunzio’s secret relationships but not only. But I don’t want to reveal too much …” Mara Galeazzi tells Sky TG24. “Bringing him on stage in what used to be his house is a unique emotion. For me it is also double as I am from Brescia but I have never danced here at the Vittoriale” she continues. And about her Ida Rubinstein adds: “I discovered many little known things about her, such as the fact that the Bolero had been written for her ”

“I really like working with them – underlines Mara Galeazzi – they are young but they are already professionals and artists. Vincenzo is D’Annunzio while Lorenzo represents other roles including Nijnsky in Fauno”

The show is a real journey through time that will bring spectators back to the second decade of the twentieth century, in Paris animated by the shows of the Ballet Russes which were witnessed, enchanted, by Gabriele d’Annunzio himself and the musician Claude Debussy. On stage, the creative secrets, friendships and loves that bound them to the famous dancer and patron Ida Rubinstein, to the great Vaslav Nijnsky, her superb partner, and to Maurice Ravel will be recalled.

Dance, music and more. To crown the show will be Fashion, which had so much importance and attention in those years, and is here reinterpreted in the splendid costumes curated by Federico Sangalli. Aurora Marsotto, writer and journalist, wrote the concept of this show that appropriates the Amphitheater of the Vittoriale, to give back to d’Annunzio his loves, his friendships, and the secrets of that exciting Parisian stay that inspired part of the his artistic production

To anticipate and introduce the show, starting from 18to the Secret Annunzio Museum a special preview will be held for the evening of the exhibition dedicated to Ida Rubinstein. She dancer, mime and actress, she came to Paris from her native Russia in 1909 with Diaghilev’s Russian Ballets, where she played the lead role in Cleopatra and Sheherazade. When d’Annunzio saw her on stage, he was immediately seduced by her talent: a great friendship was born between them and her poet wrote the plays for her. Le Martyre de Saint Sébastien And The Pisanelle

Ida was also the creator of the Bolero, for which he commissioned the music to his friend Maurice Ravel. The program of this preview includes a documentary and a guided tour of the photographs on display, curated by Sonia Schoonejans, curator of the exhibition.