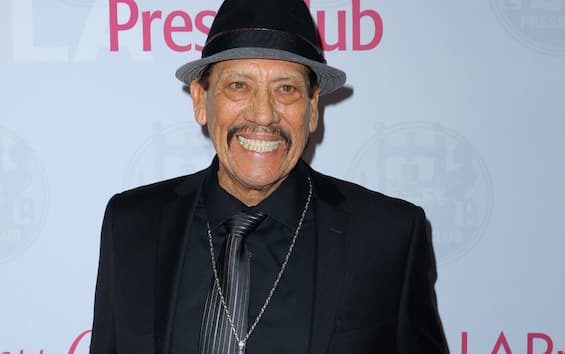 Danny Trejo is one of the Hollywood actors with the most particular personal history and has an immense filmography, also made up of small roles in low-budget films. For those to whom Trejo will always remain linked to the character of Machete, the violent protagonist of the film of the same name born as a fake trailer in Grindhouse-Planet Terror, it could be quite a shock to find him in the role of Magellan. As anticipated by Varietythe last challenge of the Mexican-born actor will be to play the Portuguese explorer in the historical film 1521which is scheduled to start shooting this month.

Trejo in the pre-colonized Philippines

1521 is produced by the Filipino-born director Francis B. Lara Howhose goal stated with his production company Inspire Studios is to bring an Oscar to the Philippines. He will try with this very ambitious project (and partly financed by American capitals) which aims to tell the story of Magellan’s journey to Asia in 1521. The year in which the explorer, at the head of a Spanish expedition, reached for the first time the archipelago that today forms the Philippines on March 16.

In the film Trejo / Magellano will deal with Michael Coponalready in the cast of the series One Tree Hill. Also of Filipino origins, the American actor will play the legendary ruler Datu Lapu-lapu who, with his warriors, rejected the attempt of European colonization and killed Magellan himself in the battle of Mactan. With that in mind, it would therefore come as no surprise to see Danny Trejo again in fights and high-violence scenes like the ones he has become famous for.

But don’t expect just a blockbuster that mixes blood and action. In fact, relations between Europeans and locals will complicate the love story a little “à la Pocahontas” between a Spanish soldier and Princess Mactan Diwata, played by the Filipino star. Bea Alonzo.

Danny Trejo, from convict to star

Magellan was the first to circumnavigate the globe but even his next big screen performer hasn’t made an easy journey to get to where he is now. Growing up in a difficult situation, Danny Trejo seemed on course for a career in crime or at most as a boxer. Hollywood, to him born in a complicated area of ​​Los Angeles, seemed farther than the Philippines to the explorers of the sixteenth century. After having done in and out of prison for years, he had the most classic of lucky breaks, starting a career now almost forty years that led him to appear in violent films such as Desperado but also in products for the whole family such as SpongeBob – Friends on the run. The one followed by the actor is the trajectory of the classic American dream. By now it can be said that he too is rightfully among the conquistadors of Hollywood.