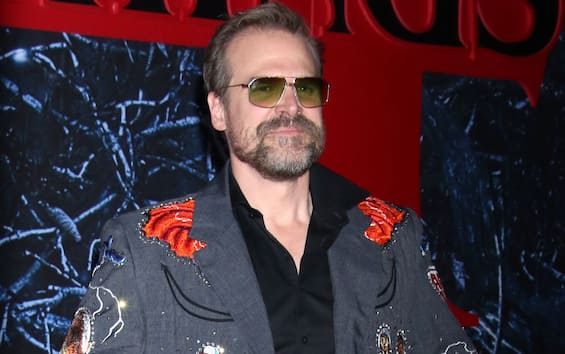 After seeing him in the fourth season of Stranger Thingswhich ended with the last two episodes aired by Netflix (also visible on Sky Q and via the app on Now Smart Stick) last Friday 1 July, David Harbor has signed a new film contract that will see him star in the big screen adaptation of Gran Turismopopular video game series focused on the world of motors.

The details of the film on Gran Turismo

The film on Gran Turismo will tell the story of a young teenager who is passionate about video games, whose driving skills are so evident that they have led him to win a series of competitions organized by Nissa, a Japanese car manufacturer, to become a real racing car driver. David Harbor will be one of the protagonists of the film, directed by Neill Blomkamp with the script by Jason Hall and Zach Baylan. Kazunori Yamauchi, creator of the game series, will be one of the executive producers of the work. The film will be released in theaters on August 11, 2023. For fans of Gran Turismo this is undoubtedly exciting news. The game debuted for the first time in 1997 on Playstation 1 produced by Polyphony Digital. This game has revolutionized the world of engines at a playful level, so much so that it has been defined the most authentic driving simulator ever thanks to its attention to detail and its graphics, always improved also with the birth of superior game consoles such as the last Playstation 5. On March 4, 2022 it came out Gran Turismo 7, the latest game in the series that was very well received by critics as opposed to the previous GT Sport. According to some data updated to April 2018, Gran Turismo it has sold over 80 million copies worldwide, numbers that give an idea of ​​how successful it has been and will continue to have.

David Harbor has a long film career with supporting roles. In fact, he has appeared in famous films such as Brokeback Mountain, War of the Worlds, Awake – Conscious Anesthesia, Quantum of Solace, Revolutionary Road, Suicide Squad and in No Sudden Movethe last film in chronological order in theaters in 2021. On the small screen it boasts countless appearances, but without a shadow of a doubt its most important role is that of Jim Hopper in Stranger Things. A part that will also play in the fifth and final season conceived by the Duffer Brothers.