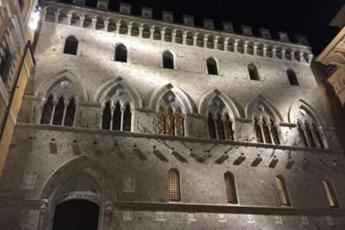 “It would be a paradox,” Antonella Tognazzi tells Adnkronos

“To date we do not know which arguments are considered false statements. In my heart I hope that they are not related to the elements brought about the attitude of the magistrates (during the inspection ed.): beyond Aglieco’s words there are photos and videos that confirm what was reported. It would be a paradox”. This was stated to Adnkronos by Antonella Tognazzi, widow of the former head of communications of Mps David Rossi, in the aftermath of press reports according to which the former provincial commander of the Siena carabinieri Pasquale Aglieco would be investigated by the Genoa prosecutor for false statements to the pm.

THE LAWYER OF THE WIFE AND DAUGHTER – “In confirmation of the fact that the truth about what happened on 6 March has not yet been written, investigations continue to flock. We have learned of the existence of an investigation that would see Aglieco under investigation for false statements to the prosecutor. What leaves us amazed is why the only investigation into the only certain fact has not yet been made, namely the circumstance that David had injuries that were consequences of an assault suffered in his life just before flying out of his office window” he tells Adnkronos l Carmelo Miceli, attorney for Antonella Tognazzi and her daughter Carolina Orlandi. “The only investigation into this attack, the identity of the attackers and how this attack affected the flight from the window has not yet been done – continues Miceli – On this we ask for the intervention of the highest state officials because justice is administered in the name and in the interest of the Italian State and Italian citizens and it is unacceptable that the prosecutors remain stationary and that the State remains on the lookout”. “We know that the Minister of Justice has recently launched an inspection for judicial facts also known in the political news – underlines the lawyer Miceli – We ask ourselves: how is it possible that instead there is no inspection and no verification activity on the inertia of the prosecutors that they should officially open an investigation into the identity of David Rossi’s attackers on the evening of March 6 and the impact of this attack on the flight from his office window?”.

“The attack could only be the prelude to the fall and could affect the fall in various respects, from instigating suicide to murder, also passing through other crimes, none of which are currently prescribed”, he continues. “How is it possible that in the face of the transmission of documents by the Commission of inquiry of the 18th legislature on the case of David Rossi chaired by Zanettin, to the prosecutors of Siena and Genoa, no one has opened these investigations to date? The Minister of Justice intends do something?” concludes Miceli.