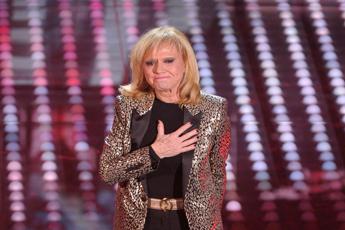 The singer: “I’m destroyed, for me it was a second mother”

“I am destroyed. I saw her a month ago, I went to her house, I phoned her to tell her I was in Rome. ‘Love for you, the door is always open’, she replied. It is an enormous pain”. Like this Rita Pavone, reached on the phone by Adnkronos, comments on the death of Lina Wertmuller, which took place this morning in Rome. Pavone was very close to the Roman director, both humanly and professionally: among the many collaborations, Wertmuller directed her in the unforgettable 1964 television ‘Gianburrasca’.

“For me she was a second mother, an artistic mother with whom I started, because she was at Studio Uno -the Pavone remembers visibly moved-. My life is a total passage of things between television, movies, and she had also included me in Valerio Ruiz’s docufilm about her life, ‘Behind the white glasses’. “Pavone then remembers their last meeting, a month ago in Rome: “She looked great, she was fit on her sofa, white legs, varnished nails, bare feet. She walked everywhere barefoot.”

Now “I’ll try to be there in every way, because I can’t miss his funeral“, adds Pavone. Who in paying homage to the famous director of masterpieces such as ‘Overwhelmed by an unusual destiny’, underlines the way in which she would like the world to remember her:” She is a woman who had an Oscar nomination. It has never happened to any woman as a director. It was a cornerstone: she had an intelligence, a sympathy, a humor and at the same time she was romantic and sentimental. All my love for Zulima, the daughter. I hold her tightly “, concludes Pavone.