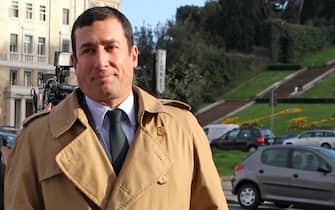 The actor Paolo Calissano, 54, was found dead in the late evening of Thursday 30 December in his home in Rome. Psychotropic drugs were allegedly found in his apartment. Carabinieri and coroner arrived on the spot and an autopsy was ordered. The prosecutors of Rome are investigating for manslaughter. The criminal offense for which we proceed, based on what we learn, is linked to the need to carry out a series of investigations, including an autopsy

Become popular with the soap To live, Calissano has acted in several fiction and then also participated in the reality show The Island of the Famous

Scion of a family of entrepreneurs, Calissano was born in Genoa February 18, 1967. After his studies in Boston and the first experiences in photo novels, he had made his film debut with Black Friday, in 1995 he starred in Palermo-Milan one way

Then several roles on tv, becoming known to the public thanks to series like General Hospital, Doctor Giò, Linda and the sergeant

Calissano’s popularity peaks above all thanks to the Italian soaps To live, in which he played Dr. Bruno De Carolis, and West wind, in which he gave his face to the unscrupulous manager Guido Mandelli

In 2004 had participated in the second edition ofIsland of the famous, but had to retire with an injury. Subsequently his life was marked by news stories

In 2006 he had the sentence of four years of imprisonment for manslaughter was negotiated – as a result of another crime, the sale of cocaine – for the death from an overdose of the Brazilian lap dance dancer Ana Lucia Bandeira Bezerra, serving her in the rehabilitation community for drug addicts’ Bus stop in Trofarello (Turin). Had then obtained the pardon

Was returned to acting at the Brancaccio Theater in Rome in the musical One step away from the dream, in 2007