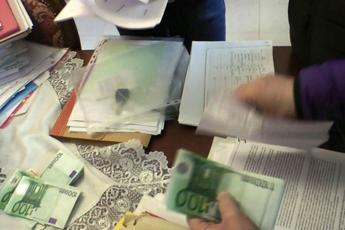 An entrepreneur facing the crossroads: “Many accept loans at absurd rates and never get out”

More and more traders and more and more companies in difficulty. It weighs mainly the dear energy, with an increase in expenditure that sends any budget into crisis. Ten-fold bills are a factor that drains liquidity and often puts you at the main crossroads: close or move forward. For those who choose the second way, another substantial problem opens up: where and how to find the money? The main route is that of financing through traditional channels, banks and other financial intermediaries. But those who find the door closed, and the numbers say that access to credit is becoming complicated for many, has no alternative but to turn to organized crime. This is how it risks spreading wear.


An entrepreneur, who for obvious reasons asks to remain anonymous, denounces the ordeal he is experiencing to Adnkronos. “We have tried them all, we are left with only usury”, he says, listing a series of ‘no’ received by banks and financial companies, and explaining what is the trigger. The bills are getting higher and higher, month after month, and those who have no room to resist begin to retreat. First, unnecessary expenses are cut, then production is reduced, then fired. Up to the threshold that does not allow for middle ground: either liquidity is found or it closes. “It is at this point that you go around the banks. It ends soon, if you do not have sufficient guarantees. And then you start with friends, and friends of friends, the one who can help pay a supplier, the one who today turns a blind eye, the one who introduces you to the right person to solve your problem “. They often have the ‘driver’s license’ of friends, or friends of friends, but they are members of criminal organizations dedicated to usury. “It happened to me and I don’t know what to do but it happened to many around me who have started taking out loans at absurd rates and are ending up being strangled by usurers”. Once the first loan is accepted, there is no turning back. And there are very few who have the strength to stop, denounce and ask for help.

“The available data on the usury phenomenon provide an underestimated representation, given the small number of cases reported on average each year, compared to the hundreds of thousands of over-indebted families, businesses and individuals, with an extremely low ratio of victims to complaints” , he pointed out the Court of Auditors in late June in the report ‘Wear prevention’.

It is a detailed document, over a hundred pages, which enters into an increasingly worrying phenomenon. The accounting judiciary refers above all to the system that supports, or should support, the victims of usury. Anyone who denounces and accesses the tools provided, starting from the ‘Usury Prevention Fund’, must however be enabled to restart. Among the Court’s recommendations, two are particularly significant. “A reflection should be developed regarding the enforcement actions, many of which are caused by the fact that, in most cases, the interested parties immediately use the loan to repay the debts, then find themselves without resources to reintegrate themselves”. Again, “the persistence of excessively long periods for the definition of loan requests, first by the institutions and subsequently by the banks, is in conflict with the emergency experienced by subjects at risk of usury”.

It is essential to do well, thinking of offering a perspective to get out of illegality, and to hurry up to try to free the entrepreneur from the grip of deadlines and retaliation. (from Fabio Insenga)