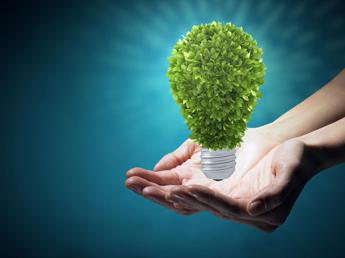 Six good resolutions for a 2023 dedicated to conscious and sustainable energy consumption. This is the proposal of Veos Digital, a reality born in September 2020 and headed by Veos Group, which has recently launched Digiwatt, an application that disaggregates the electricity consumption of homes and offices, in order to help families and businesses gain awareness compared to its electricity consumption, thanks to the use of artificial intelligence algorithms.

“By disaggregating the electricity consumption deriving from the various devices and appliances in homes and offices and analyzing this consumption through artificial intelligence, we can have a very clear picture of which factors have the greatest impact on the bill. We have discovered, for example, that consumer electronics or monitors, televisions, stereo systems and lighting are among the most significant cost items within an average family and account for around 20/25%. Since September when we launched Digiwatt, we have noticed that users have really reduced the consumption of household appliances on standby thanks to our technology”, explains Simone Geravini, CEO of the company.

So here are the tips for a 2023 dedicated to conscious and sustainable energy consumption, according to Veos Digital: take advantage of natural lighting and reduce waste, avoid turning on light bulbs in homes and offices during the day when there is sunlight and remember to turn off the switches when leaving a room.

Appliances chapter – reports Veos Digital – one of the major culprits of excessive energy consumption in homes. The surveys made by Digiwatt have shown that on average, a family of four switches on the washing machine twice a week and the dishwasher three times. If you are above this threshold, it is good to start thinking about optimizing loads, limiting their frequency. Furthermore, we must not forget that consumption is also influenced by factors such as the model, the energy class and the type of program that is set. As far as the electric oven is concerned, it is recommended to favor ventilated cooking, avoid preheating when possible and limit opening during operation. It is also important to keep the refrigerator and freezer clean and defrost free and to limit the number of openings during the day, since many watts are used to restore the correct temperature after each closure. Finally, during the summer period, air conditioners are among the main causes of the increase in electricity consumption, accounting for 30% of the total use of electricity in the home and office. For this reason, it is essential to remember to close the windows when they are in operation, turn them off when you are not at home, prefer the dehumidifier mode and avoid abuse.

It’s still: take advantage of the cheaper time slots, such as, for example, in the evening from 19 to 23 or on weekends. In fact, Digiwatt’s systems revealed that 50% of people could save a great deal on their bills if they consumed energy more consciously, in the best time slots; buy appliances with a more energy efficient class: replacing old appliances with the latest generation ones certainly involves an investment but, in the long run, allows for a reduction in consumption of between 25% and 45% depending on the appliance. Digiwatt technology has calculated for customers who have, for example, replaced an old refrigerator that the return on investment is possible in 2-3 years; disconnect the devices in standby: 20% of the total electricity consumption is due to the so-called phantom loads, i.e. all those appliances connected in stand-by to the electricity grid. It is sufficient to unplug the power from household appliances that are not being used, or thanks to Digiwatt which disables the stand-by automatically. This shrewdness would allow a saving of about 500 kWh which corresponds to 320 kg less carbon dioxide emitted into the atmosphere.

In the end: prefer LED bulbs instead of halogen ones, as they guarantee the same lighting intensity but allow you to save up to 90% of electricity and have a longer life. “The appeal I want to make to all those who will be drafting good resolutions and goals for the new year is not to forget to include in the list, in addition to gym membership, travel and an increase in books read even some small daily action that can bring great benefits to both the environment and your finances. If you have no idea where to start, with Digwatt you can analyze your consumption and receive personalized suggestions on what is most urgent to solve”, warns Simone Geravini, CEO of Veos Digital.