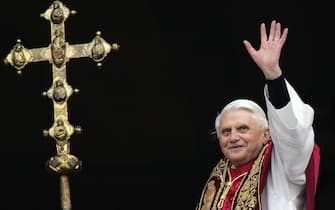 Solemn funerals, but sober. These are the last wishes of Benedict XVI, who had asked for an funeral of his own will “in the name of simplicity”. The whole protocol will be somewhat simplified, compared to the funeral of a “Reigning Pope”

WATCH THE VIDEO: Pope Francis: grateful for having had Benedict XVI

THE DIFFERENCES – Even if no longer a head of state, Joseph Ratzinger, although ‘resigned’ he has always been Pontiffand surely Pope Francis intends do him due honors. These funerals remain unique also from the point of view proceduralhaving never held the funeral for a Pope emeritusmoreover remained to live in the Vatican: certainly not for the equally resigned Celestine V in 1294 (died later in 1296) and, the last before Benedict, Gregory XIIalmost six hundred years ago, in 1415 (died 1417)

EVERYTHING IN THE HANDS OF FRANCIS – As some Vatican sources report, the rule states that “in the event of the death of the emeritus bishop of Rome, Joseph Ratzinger, every detail the Holy Father will decide”. It will be therefore Francis to decide the type of ceremony that will be adopted: even if it has never happened to have to organize funeral for a Pope emeritusit is understandable that Bergoglio wants his predecessor’s funeral to be analogous to those of a still reigning Pope

Pope Francis: “Moved and grateful to have had Benedict XVI”

INTERNATIONAL ARRIVALS – Also to consider the arrival of international delegationsparticularly from Italy and his native Germany, and of the faithful who will want to attend (around 60 thousand people are expected), as happened on the occasion of the funeral of other illustrious predecessors, such as Pius XII, John XXIII, Paul VI, John Paul I and John Paul II, died in 2005

Pope Ratzinger died, reactions from all over the world

THE EXHIBITION FOR THE PONTIFICAL FAMILY – So far, an exhibition has not been planned for a greeting from the ‘pontifical family’ in the Clementine Hall. Therefore the body could remain in the monastery Mater Ecclesiae until the morning of Monday (in the photo, the Pope Emeritus with two nuns from the Mater Eccleasiae monastery, where he lived)

THE FAITHFULS – According to the prefect of Rome, about 90 thousand faithful in the three days of exposure of the body, i.e. starting from 2 January, the day on which the Vatican Press Office has announced that it will be exposed the body in St. Peter’s Basilica. On Monday the Basilica will remain open from 9 to 19Tuesday and Wednesday from 7 to 19

THE FUNERALS – The funeral will be celebrated Thursday 5 January, at 9.30, in St. Peter’s Square, presided over by Pope Francis. While it is already being prepared, also by the Italian authoritiesthe safety device around St. Peter’s, the works in the Vatican will begin in all respects this afternoonat the end of the ceremonies relating to December 31st and January 1st

THE BURIAL – In the end Joseph Ratzinger by his express will, communicated to the then archpriest of St. Peter’s Basilica, cardinal Angelo Comastriwill be buried in the Vatican cryptsin the niche where for 38 years old (June 1963 to January 2001) remained buried Saint John XXIII, then Saint John Paul II from 2005 to 2011. The bodies of these two Popes were transferred inside the Basilica in the chapels of the side aisles

Pope Ratzinger’s death, from the exhibition to the funeral: this is what happens