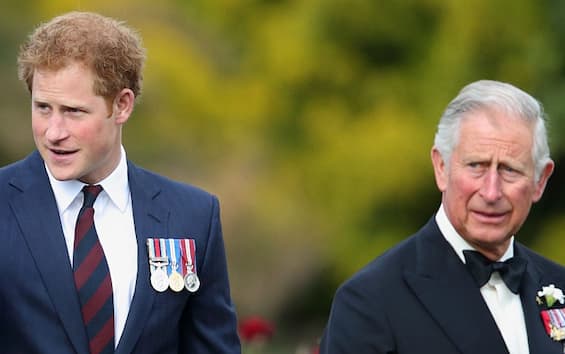 The spotlight on the royal family is not turned off. Above all, rumors about the tensions between the Sussex and the new king hold the ground. There is talk of heated quarrels between father and son where the fuse is always Meghan Markle. Prince Harry – reveals the Sun – would have refused to have dinner with King Charles and his brother William, on the evening of the queen’s death, due to the ban on taking Meghan to Balmoral along with the other royals. Due to the quarrel, Harry also allegedly missed the flight that brought William, Prince Andrew, the Queen’s other son, Edward, and his wife Sophie to Elizabeth’s bedside. Harry was therefore forced to travel alone and arrived late: even, the BBC gave the announcement of Elizabeth’s death, at 18.30, when the Duke of Sussex was still flying.

William’s tenants to quell the crisis

That evening Charles, now king, his wife Camilla, queen consort, and William dined together at Birkhall, the residence of Charles on the Balmoral estate: Harry had been invited to join them but, still furious, he would have preferred to spend the evening with his uncles Andrea and Edoardo. In the following days William would try to settle the dispute, inviting Harry and Meghan to meet the crowd in Windsor with him and Kate. But it was only a respite. After the procession behind the queen’s coffin and her funeral in Westminster Abbey, Meghan and Harry immediately left for California the day after Elizabeth’s funeral.

Meghan and the “veiled threats”

William is said to be very reluctant to talk to his brother for fear of ending up in the memoir that Harry is about to publish: the volume, which promises to be explosive, was supposed to be released in November but would have been postponed until early next year following the death of Elizabeth. Even the veiled threats pronounced by Meghan in an interview at the end of August, where the Duchess said she had kept quiet many things up to now, but was always ready to spill the beans, did not help to calm the waters.